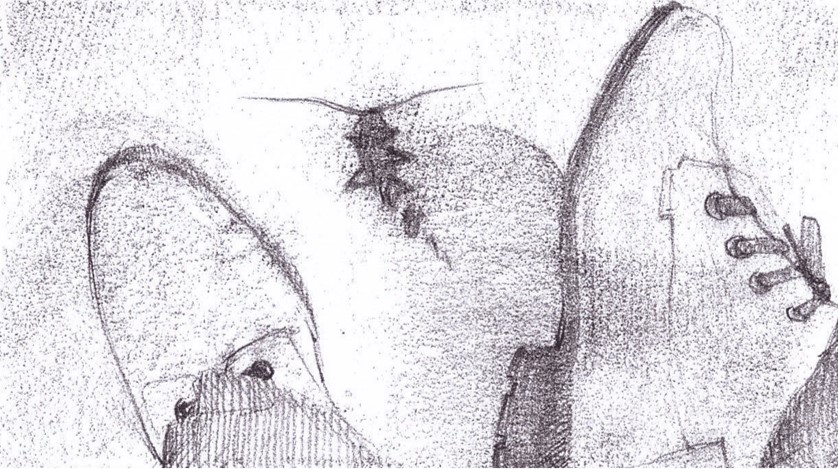 The cockroach: A man comes home at night and accidentally steps on a cockroach. In bed, the noises of the night keep him awake. He notices the dying insect, "gives" it Death. Will the end of the agony stop the restlessness surroundig him?

A love letter: A man locks himself in his office to write a letter to the woman he has fallen in love with, but is constantly interrupted. In the evening he finds the letter he had begun, but he forgot who the woman is. He is now elderly, he has spent his entire life in that office, without love.

Girl falling: from the terrace of a skyscraper at sunset, a girl hovers in the air. While falling, she believes she’s achieving great things, high society, important people. Night falls, the crash is approaching and she is now old. Only a light will remain, that shines for a moment.

2022 will be the fiftieth anniversary of the death of one of the most important authors of twentieth century Italian literature, Dino Buzzati. Several feature films have already been taken from his writings, but never before it has been created an audiovisual adaptation of Buzzati focussed not to a single story or novel, but to a theme which is transversal and fundamental in Buzzati: Death. Buzzati tried, along his professional and artistic path, to define Death in a Cartesian space, associating it to geometrical features or to a physical form. Characters of the story are in the foreground, but Death, in the background, is in fact the true protagonist. The challenge of this trilogy is to transport Buzzati's magical realism into the equally "realistically magical" atmospheres of stop-motion animation, a technique that despite it enormous expressive potential, in Italy has a limited diffusion so far. By doing so, we will do an in-depth and innovative analysis of Buzzati's work.