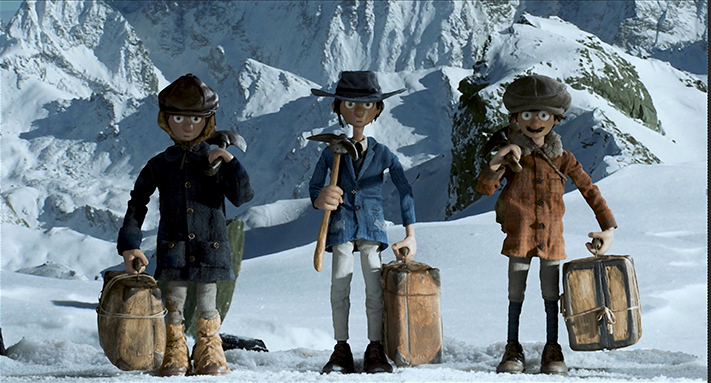 Before dying, my father told me about a village, in Piedmont, where all the people had our family name. Intrigued by this misterious origin, I crossed the Alps and went to Ughettera, “the land of the Ughettos”. Who were they? How did they live?
What forced them to leave and where did they go? By the
testimonies of the Piedmontese farmers born in the late 19° century, I recall my grandfather’s path, born in the same place at the same time, emigrated to France as thousands of other Italians did. In my laboratory I’ll bring back to life this lost world, this rural culture which was also my grandparents’ one, which has been called by Nuto Revelli “the world of the defeated”. Putting my hand into the modelling clay, discovering their work gestures, finding out how they lived and survived, I wonder about the work itself of my hands. What has been left of them, of their techniques, their know-how, their land, their language, their culture? What is still alive in me, of this lost
world?

Mano opera celebrates hands that work, those of my
grandfather, my father and the generations of workers who
have preceded us. Those of women too, like those of my
grandmother. I remember her rapid thumb's movement that slipped potato's balls in the back of a fork and a lot of gnocchi that were piled behind ...
I want to recapture these gestures. Their flexibility, precision and beauty. I imagine a mix of live action and clay animation of my own hands and those of an elderly woman who represents my grandmother. I want to create a visual complicity with her hands and mine.
And I need to embody the subject because this documentary
draws its strength from the violence of a true story. Do not
play but being at work. Hands in malleable matter. That is
how it should be told.