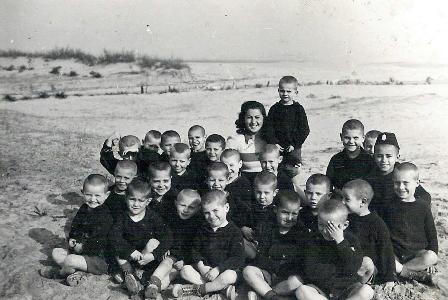 LOG-LINE
The long summer of 12,000 Italian children who went on holyday at the seaside and due to the war were trapped at summer camps for seven years.
SYNOPSIS
June 1, 1940. While Hitler's armies are setting Europe aflame, six large Italian Navy ships leave Libya, then one of the Italian colonies. On board there are 12,000 children aged between 4 and 12, sons and daughters of the peasants who had been sent by the regime "to colonise" Italy's fourth shore. They are invited to spend two months holidays in the seaside camps of the motherland. Their parents say goodbye to them from the quay of the port.
Nine days later, on June 10th, Italy enters the war at the side of Hitler's Germany. The ships are needed for the war, and the Mediterranean Sea is under control of the English Navy. The children's return is postponed month after month. A kind of organised kidnapping begins for them, which will keep them far from their families for more than seven years.
Thousands of children, who left with their summer pinafores and little sandals for a short holiday, returned home nearly adults, founding their families and country transformed by years of conflict.

Following some of the former children who have been most strongly affected by the memories of that time, in a kind of backwards journey, this story will come back to life. Thanks to excellent official and private film archives from the time, what is being told through personal memories will be transferred into images. The narration will unfold as if it were a collection of personal diaries shared by thousands of children at the same time. Their stories will be followed with humanity and sensitiveness.
In the background of the story, a disturbing question will raise: what was hidden beneath such a massive and untimely departure? And, how far can cynicism and manipulation go in politics?