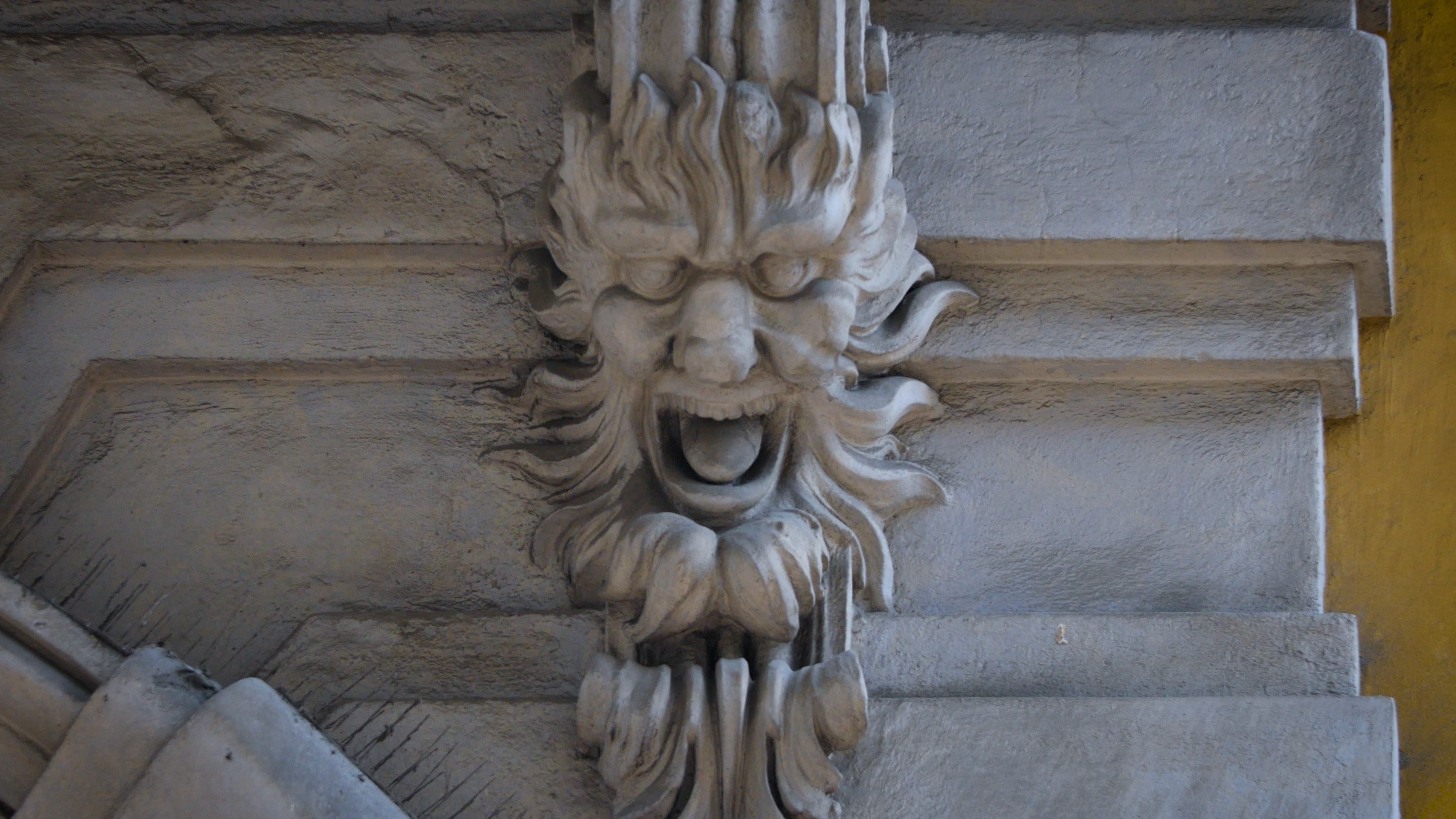 The main Masonic groups of Italy and the first Italian spirit society were born in Turin between the beginning and the mid-19th century. A particularly prosperous period that contrasts with the nobility of the Savoy influencing society with new forms of thought, customs and architecture. Through the voices of researchers and historians we will discover what that mysterious period left to contemporaries and we will face the archetype of the guardian of the threshold, a figure attributable to antiquity, but which Freemasonry and esotericism have used and placed to guard many palaces. of the major European capitals.

There is something that unites the main European capitals, it is a bestiary that observes us with an ambiguous, ironic and sinister smile. They are the guardians of the threshold, figures placed to guard symbolic places, which for centuries have intrigued or aroused fear in passers-by. Mythological figures, sentinels, gargoyles, masks, telamons and caryatids still appear today as a surprise among the architectural elements and the decorations of the facades in our cities, like apparitions. It is an artistic heritage rich in symbolism that tells a very ancient story. We will start from Turin, a city that in the 1800s was the cradle of the birth of the main Masonic lodges in Italy and of the first Italian spirit society and which over the years have increased the myth of an esoteric capital. Through a re-enactment we will tell how the symbols of the city, but also that of other European cities such as London, Venice, Paris, Prague, Barcelona, etc., have been conditioned by the Masonic and esoteric influx and how architecture has undergone a change by placing guards on their doors, windows, etc .. to instill fear in the passer-by and desist from entering. A historical-symbolic journey in stages: from the spiritual and religious use of the Egyptian tradition through the ritual of the mask in the Neolithic to that of the Greek and Roman theater; we will face part of Dante Alighieri's journey into the hell of the Divine Comedy to try to grasp the allegorical explanation of some guardians of the underworld, and then go back to the most remote and unique European testimony of alchemical doors of esoteric culture; gradually, continuing with the medieval and nineteenth-century taste for the monstrous and the imposition of occultism, all united by a single thread. We will follow all these phases through the voices of historians, teachers, experts, architects and researchers who have dedicated their studies and their works to the knowledge of this particular phenomenon that puts us in relation with other Mediterranean realities. For the first time, in a multidisciplinary process, study paths, discoveries and insights from various Italian and foreign curators are combined in order to enhance a vast artistic, cultural and symbolic heritage. We will walk through the streets of the cities looking a little higher than our normal field of vision in order to enter a parallel dimension, a universe that comes to life through the imagination and reveals mysteries, stories and legends to those who want to listen.