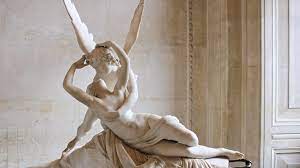 Still Lying is a funeral comedy about the theme of acceptance, that with an ironic look tells about the drama of a family. In a tasteful house of a small town in the North East of Italy, everything is ready for the funeral wake of Mauro Fantin, a respected citizen, altruistic doctor, romantic husband and loving father. Irene, a widow in love, takes care of the house just as she should do with herself. Together with her, her teenage daughter Serena and her mother Elda.

Suddenly, as if the pain of loss were not enough, a woman who no one knows enters the house and locks herself in the funeral home where Mauro's body lies on the bed. The woman is called Alba and confesses that she and Mauro had a family together, a parallel life of which no one suspected at all. There are only 60 minutes left before the guests show up at home to give the last farewell to that "good and honest" man who was Mauro and Irene would just like to make that woman disappear from her home and her life forever, but it's not possible.

The two women face each other with no holds barred and their confrontation will reveal the truths and lies of every person in the Fantin’s house, because behind that locked door lies a chain of secrets and omissions that have been waiting for years to come out and that, just like a violent and sudden earthquake, they will make all certainty fall apart, bringing out new questions and reflections on how much we know about ourselves and the people we love.

The extended theme of identity, a pillar of the film, is told in “L’Amor Fu” (Still Lying) through a family story. Disclosures, movements and confrontations, in fact, all develop within the household, because at home is where precisely our most intimate secrets are safe. A place where conflicts can compress to the point of exploding, in a continuous challenge against the obstacles of space.