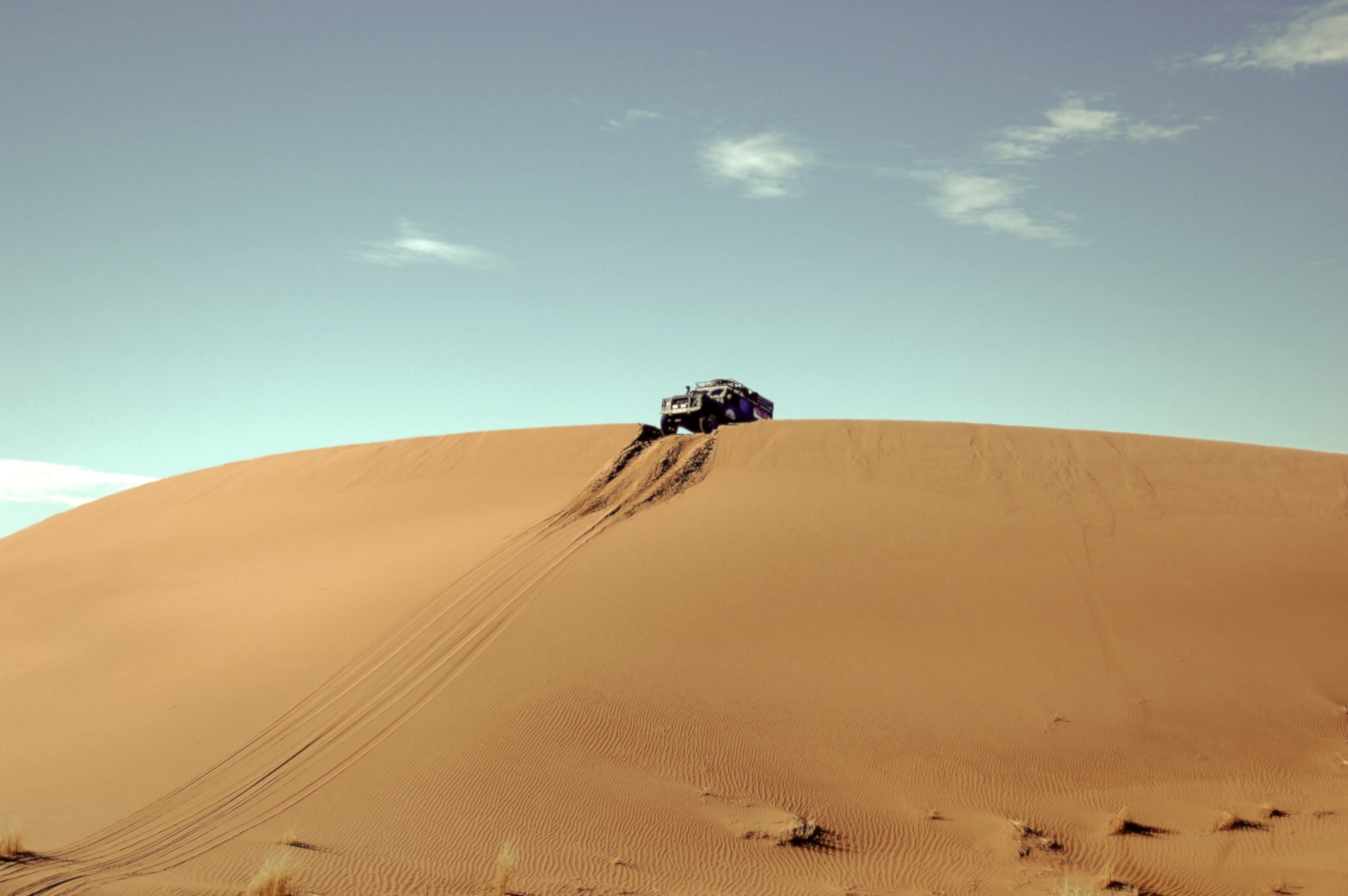 Lucio is a young man in his early 20s from the hard outskirt of Turin. He is solitary and hostile. He works in a tyre service station where he also lives and where they push drugs as well.

Hassan is an aged Moroccan immigrant, who survives doing little illegal traffics in the same outskirts.

The need to get out of troubles forces Lucio and Hassan to leave together on an old jeep to reach the Sahara desert. Hassan has to take the car there in order to sell it to the Bedouins. Meanwhile Lucio will be his bodyguard during the trip. It is an unwelcome and dangerous task, that will lead Lucio to challenge himself and to discover an unknown world.

Grisun is an initiatory journey that will lead Lucio to break the boundaries of his closed world and to venture towards the desert. He will be forced to take care of his old travelling companion, while  experiencing new and unexpected horizons. Thanks to this, Lucio will gradually discover in himself a vital force he does not know to have.

For Grisun I was inspired by stories and real situations that I experienced both in Italy and Morocco, where I worked during these last years as a documentary filmmaker. I want to make this fiction film to develop the topic of the rebirth, the possibility of changing ourselves into new ones.

This is my first feature fiction after fifteen years as a documentary filmmaker and producer.