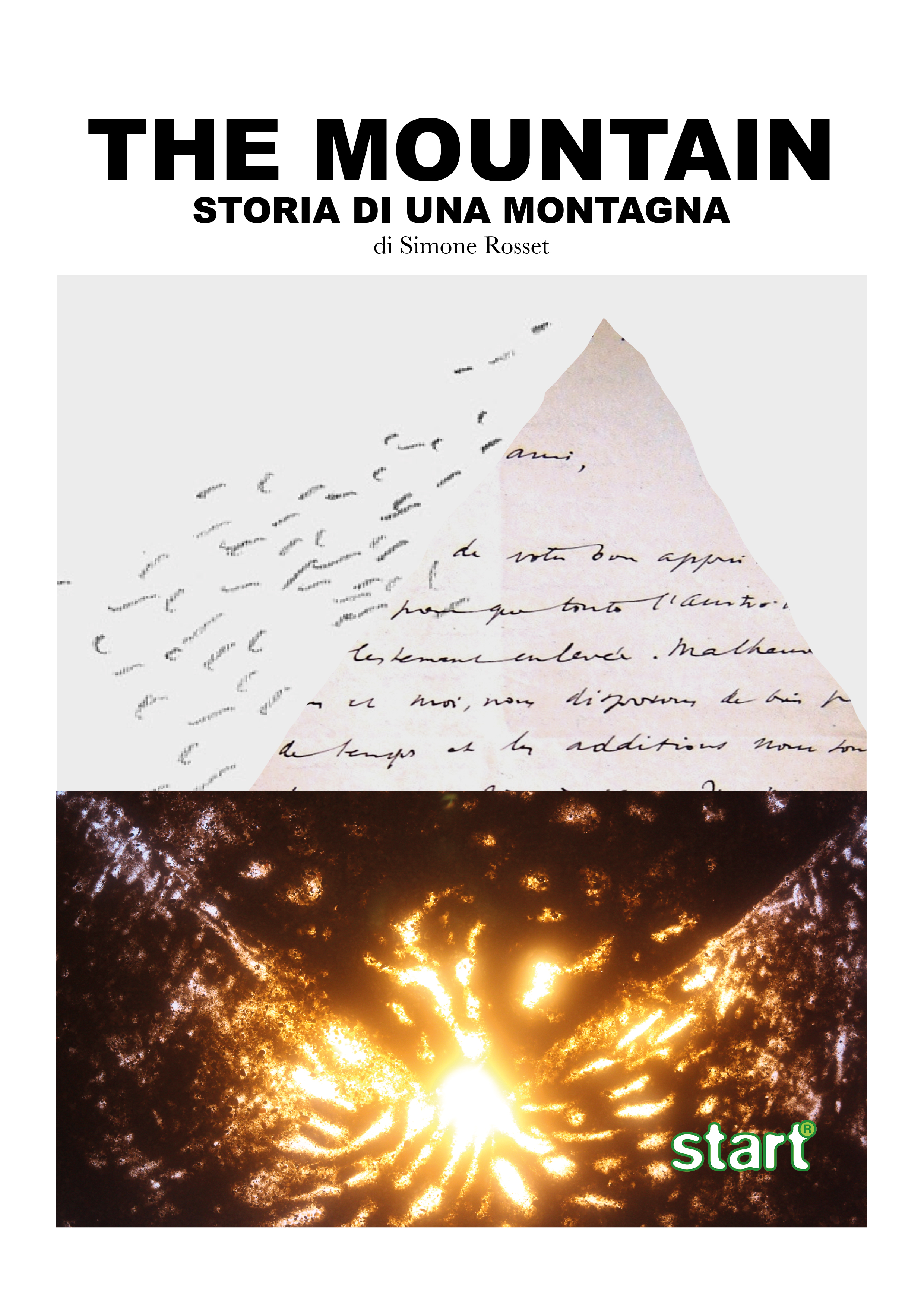 The main character of this film is a mountain, mount Clapier, part of the Piedmontese Maritime Alps. At the rhythm of the geological eras we witness the birth of the mountain in a dizzying and musical motion. As time slows down, the wave of metal and stone remains suspended in the air, giving the illusion of stillness which is how human perceive the mountain. The mountain stand in front of us as a metaphysical cone. Flying in a circular motion like eagles, the mountain reveals its complex architecture and the life of the last signs of the peasants world, which for millennia have cyclically grinded time, from season to season, with their work. As it is happening for the Clapier glacier, the southernmost in the Alps, this farming world is disappearing. Towards Entracque, the ski lifts have climbed the back of the mountain. The snow cannons fire their cold powder. Skiers are phosphorescent bullets in the white of the snow. The Ski-lifts carry them in their arms to the top of the mountain, like big mechanical mothers. Adrenaline and sun. The stopwatch sensors are triggered. The seconds, the tenths, the hundredths and the thousandths, before the mountain swallows everything, resuming its very slow inexorable movement.

The idea for this film was born in 2014, when I lived for two years in the mountain I am talking about, working as a shepherd. I began to observe and draw the mountain and animals, experiencing for the first time a dimension in which time seemed immobile. The natives of the mountain that I met, herders, shepherds and peasants were people born in this cyclical horizon of time, with a daily familiarity with the succession of birth, life and death. They are inhabitants of a radical and ruthless landscape. This film is made with a spirit of solidarity towards their conception of life and the way they welcomed me, and talks about the mountain and its mystery, about what it could whisper to us if there was enough silence. I also want to deal with some important themes: the Clapier glacier, the southernmost of the Alps, is already disappearing completely, while the abandonment of villages and highlands is “culturally desertifying” the mountains. The film also contains two years of very hard life and impressions, memories and sensations gathered walking on a less traveled path.