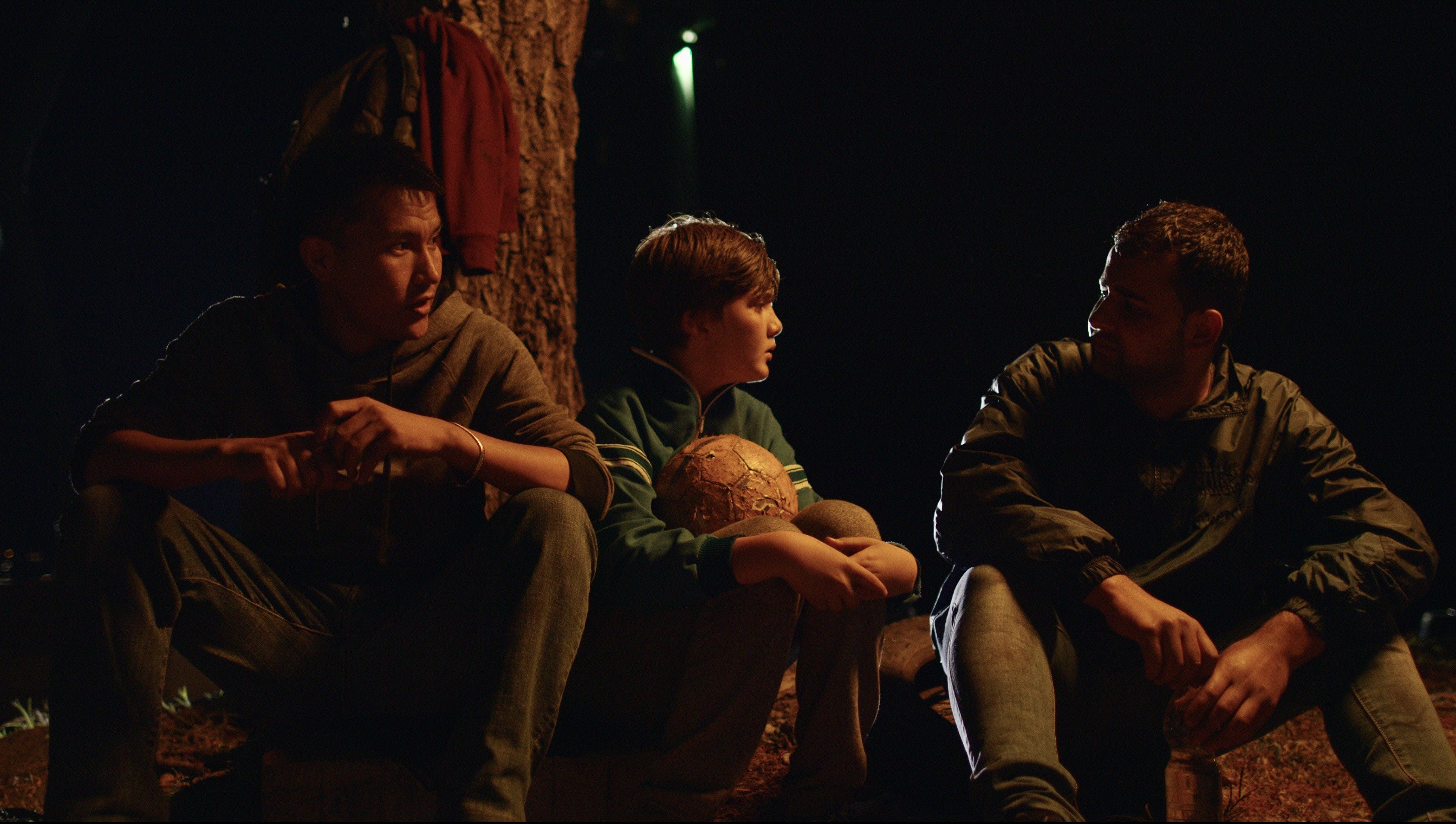 Alì is a 10 years old Afghan boy who lives in a tent city along the port of Patras, Greece. He spends most of the time with “housemates” Mohammed and Hassan and every day he tries in vain to board the ferry directed to Italy illegally. In his last attempt though, following his friend’s advice, Alì decides to hide inside a caravan and not under a truck as he’s used to do. In this way he finds himself face to face with Claudio, an Italian boy of the same age who’s leaving the island with his family and their caravan after spending the summer holidays at a camping site not far from the tent city.

The story takes place in Patras island, tip of the iceberg of an immigration system that reaches Europe through Balkan peninsula borders, but also city that becomes character thanks to its dual nature. On one side Patras hosts several camping sites where many families (lots of them are Italian) spend their summer times. On the other side we can find different tent cities, legitimates or not, like the one where Alì and his friends are living. Diametrically opposed worlds that daily meet and merge inside the contest of the port. During my research I was lucky enough to meet different Afghan guys who reached Turin after the sadly famous Balkan route. They had different age and backgrounds but they often told me their escape stories, especially the youngest ones, like it was a game, a contest about avoiding border police checks in a clever way.

The beginning of the film catapults us inside this double dimension: game vs necessity, game vs life, life vs death. Olly Olly Oxen Free is about a very small portion of the migration phenomenon, but the film continuosly talks us through children eyes, through their prospectives and putting the game at the centre of everything.