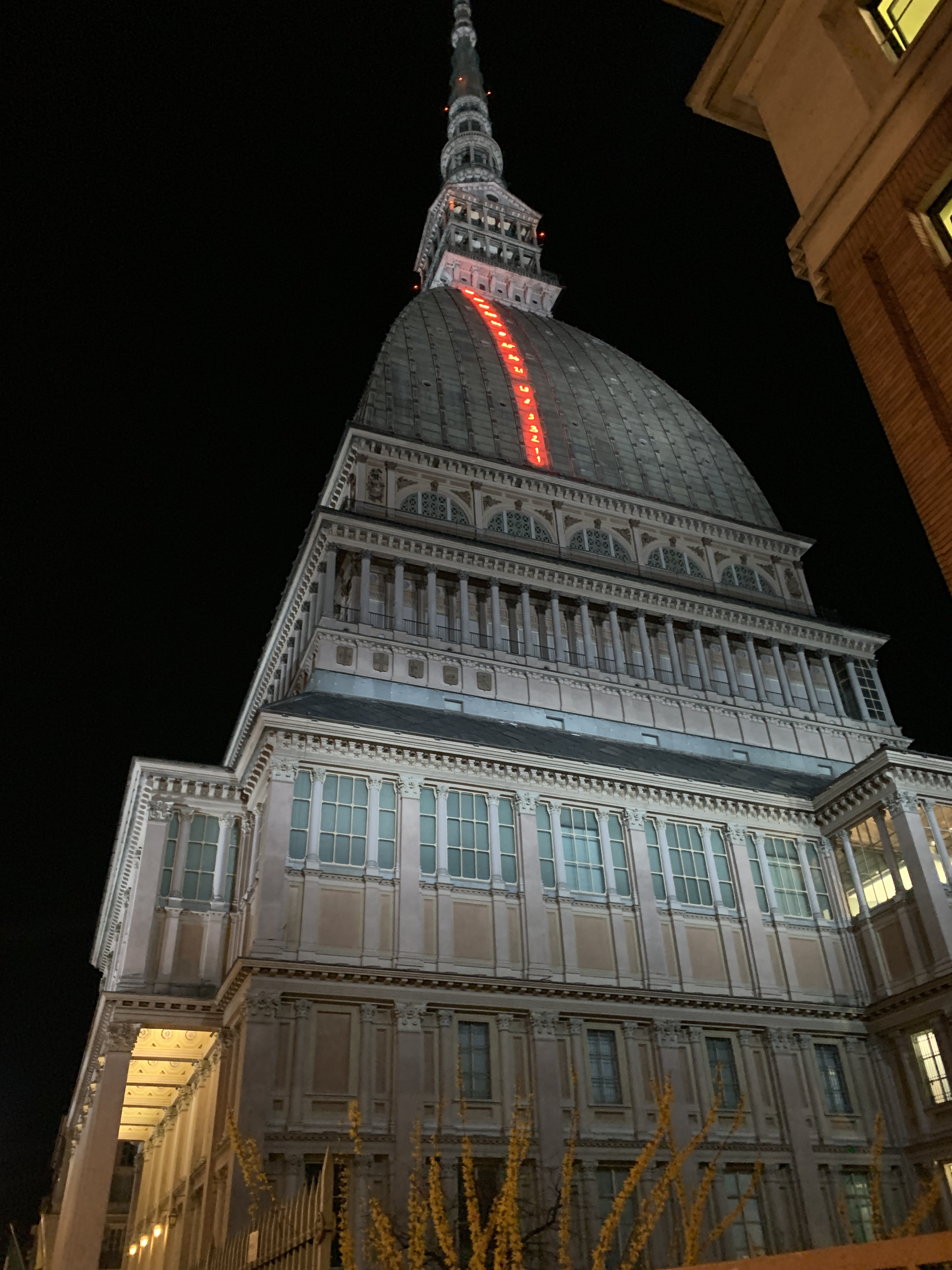 The Sky is the Limit is the story of the adventurous construction of the Mole Antonelliana and its countless transformations, from the originally imagined synagogue to the current Museum of Cinema, narrated by its architect Alessandro Antonelli and a contemporary journalist. Freely based on Giuseppe Culicchia’s theatre monologue Ba-Da- Bum! (Ma la Mole no), the main narrative is enriched by interviews with numerous experts (an architect, a historian, a philosopher) and a rich array of archival materials. A modern hymn to verticality; a battle between a creative genius’ daring vision and his clients’ narrow mindedness.

The screenplay of The Sky is the Limit is written by director Enrico Verra and writer Giuseppe Culicchia, author of the theatre monologue Ba-Da-Bum! (Ma la Mole no), which inspired the film. The film follows the complicated realization of Antonelli's masterpiece step by step, but it also touches upon other famous projects by the architect, such as “La Fetta di Polenta” or “Casa Scaccarabozzi”. This story will be told through a multifaceted narrative, interweaving Theatre, History - through archival materials, the different perspectives of various experts, and Cinema. Alessandro Antonelli will be interpreted by an actor over 70 (we would like to involve an actor like Paolo Graziosi or Roberto Herlitzka); while the experts involved will be: an architect of the caliber of Renzo Piano, Stefano Boeri or Massimiliano Fuksas; a philosopher like Massimo Cacciari or another Aesthetics’ expert; and the historian Giovanni De Luna.