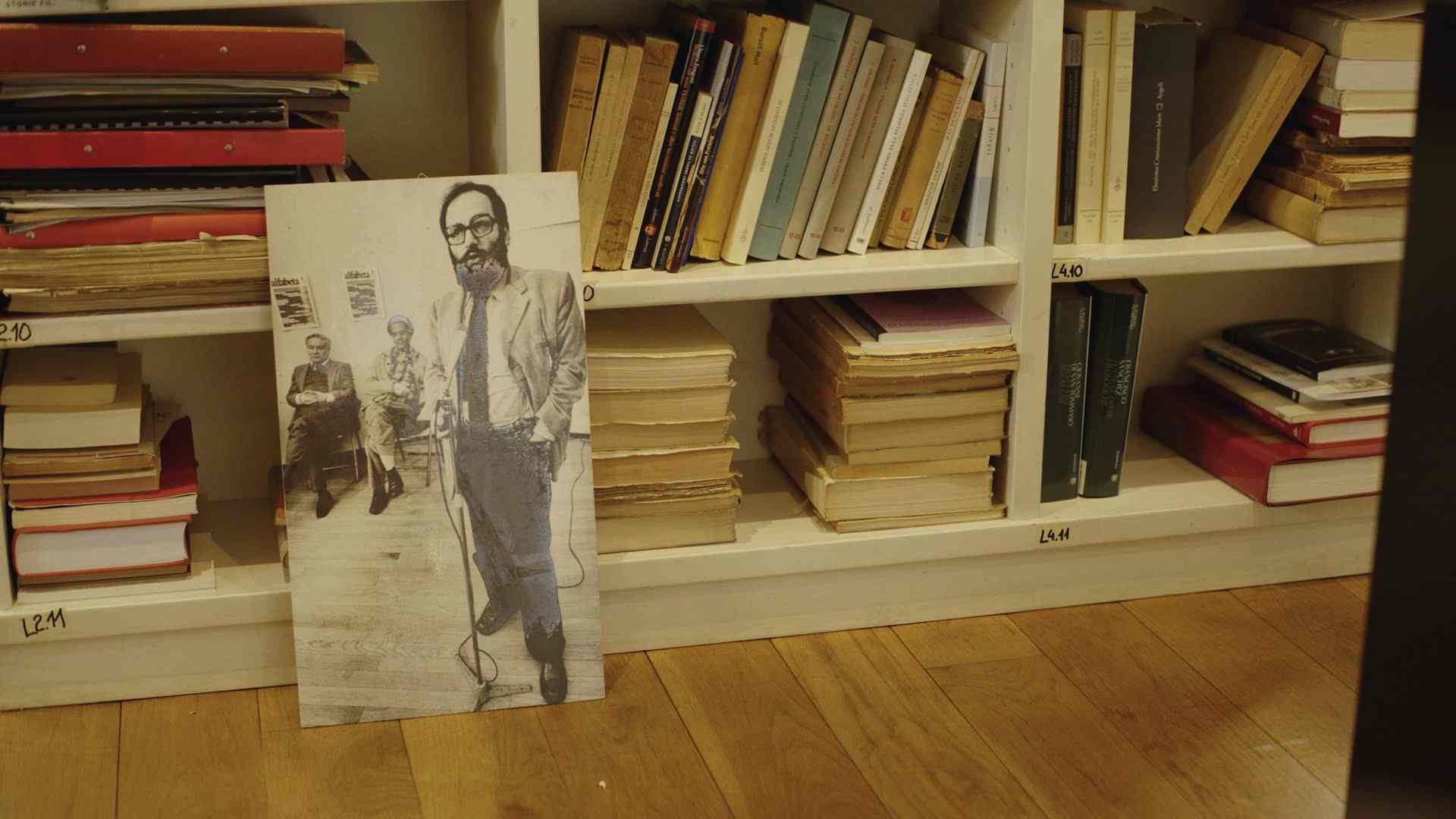 Four years after the death of Umberto Eco, the family decides to donate its private library consisting of about 50,000 volumes and a section of ancient and very rare books, to the Braidense libraries of Brera and the University of Bologna. The operations for the transfer lead to re-reading the work and the mind of a great contemporary philosopher and narrator like Eco, in the light of all his historical sources and their organization. From the precious section of the original seventeenth-century books to the shelves dedicated to the 'literary fools' who pay to be published, passing through the mystery about Shakespeare's identity, the film retraces and illustrates the main obsessions of Umberto Eco, which underlie all his literary production, fiction and otherwise. The relationship between true and false, the paradox as vertigo applied to reason to its extreme consequences, literature as the interpretation and creation of an alternative world, the elaboration of literary theories and their overthrow in the idea that the world always presents itself as something to be interpreted. Like an alchemist, Eco distilled the elements and essences from the 50,000 volumes of his library to produce his stories. The final paradox is that moving the library will forever upset that order, linked to its owner and creator: but it will produce another, fervent with new imaginations, those of new readers.

In 2015 I was invited at ‘La Biennale di Venezia’ to present a video installation about ‘memory’, with Umberto Eco as protagonist. In that film there was a sequence that will become iconic: Eco walking along his enormous library, in his house in Milan. When, unfortunately, not even a year later, he died, those images were shown worldwide to remember him. In the summer of 2021, the Eco family asked me to make a film about the library’s relocation, which of course is also a tribute to its owner . Eco’s library is not only a collection of volumes, even considering the very rich section of ancient books, but a veritable mine of stories and suggestions. The idea is to use the house / library as a large film set, a unit of place that reflects the idea of the creative workshop of a brilliant mind. Books that contain stories that produce other stories.