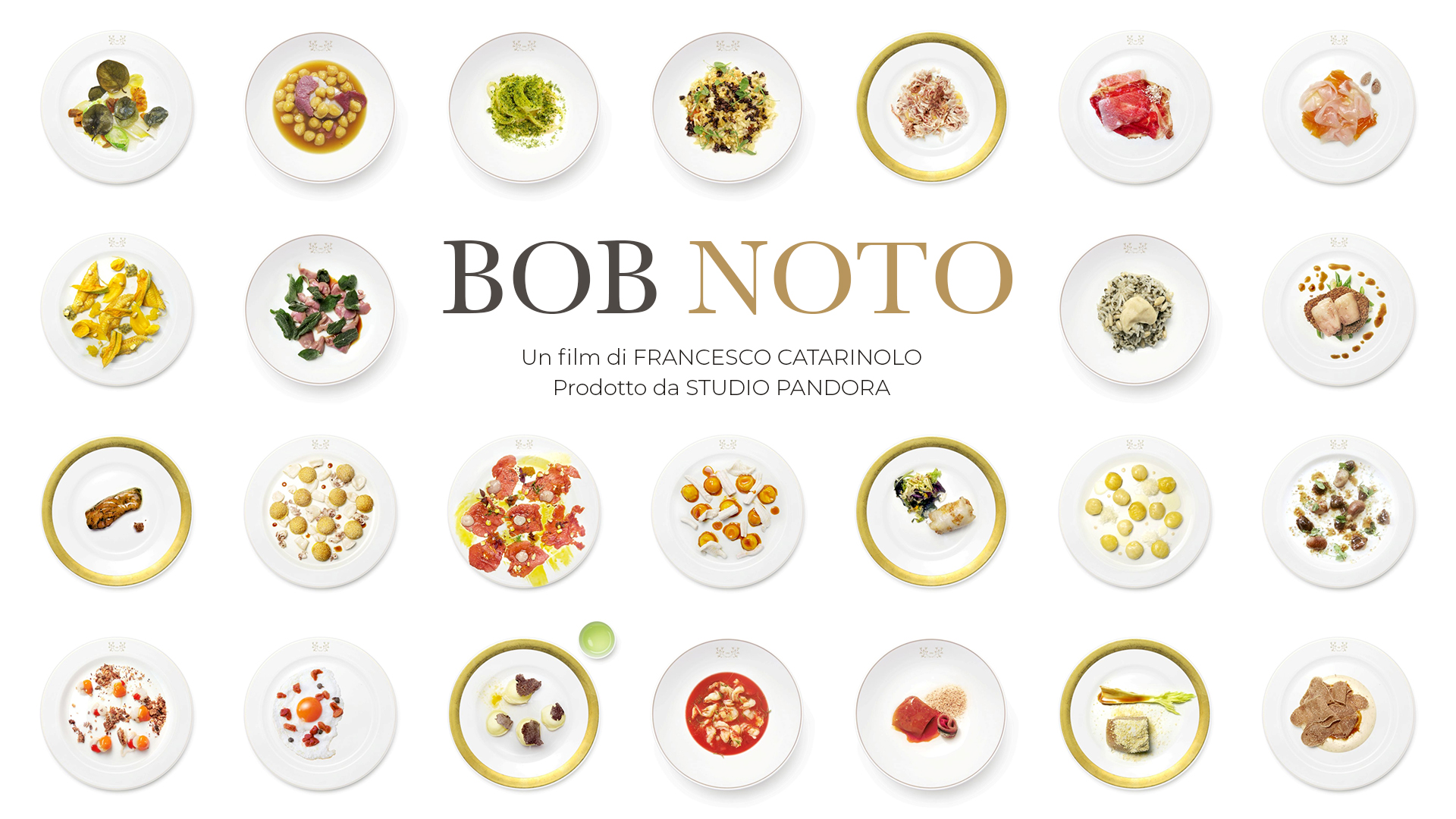 In the early ‘90s, Italian cuisine was about to change forever. New, brilliant chefs were about to achieve the same status as the most celebrated International talents: people like Scabin, Cracco, Bottura, Baronetto, Crippa, Lo Priore, Cuttaia. To what do we owe this entry of Italy in the contemporary landscape of cuisine?

There are many answers to this question. One of the deepest and most important, but less known, starts from Turin: not from the kitchen of a 3-Michelin-starred chef, but from the chaotic workshop of a photographer and graphic designer who has an extraordinary palate: Bob Noto, renowned Italian photographer and gastronome, has revolutionized forever the world of cuisine with a journey that has not much to do with art, but a lot to do with craftsmanship. His road toward the greatest culinary experiences is filled with travels, great restaurants, laughter, jokes, weird adventures and surreal endeavours. His life has influenced the way we look at (and we take pictures of) food: a pilgrimage in search of the best dish, and the best chance to make it last forever with a ‘clic’.

The first time I've heard about Bob Noto was from the journalist and food critic Luca Jaccariano of "La Repubblica". I was immediately fascinated by the extraordinary character of Bob Noto, with his anarchic mix of photographer and designer, an incredible palate, that changes forever the world of Italian cuisine.

Noto was a restaurants globetrotter, food fashion creator and a styles precursor with an incredible skill for scouting talents. He gained personal experience in the European food gastronomy field over the last thirty years that is still unmatched. Noto adopted and created a new type of food photography: the first person that takes a shoot of the dish just the moment they arrived at the table before they were eaten, without long and forced studio set-up. Today, twenty years later, with the smartphones phenomenon this is a common feature, but Noto was a forerunner that acknowledges haute cuisine for his high artistic and cultural values. In Italy, in 1995 Noto was the first to write a piece dedicated to the chef Ferran Adrià on the magazine Panorama.

Bob passed away in 2017, fellow and confident of the biggest Italian and international starred chefs: Adrià, Cracco, Bottura, Cedroni and Scabin. Unfortunately, the masses don't recognise Noto for his incredible feats and merits despite the popularity of most of his works, chefs and cuisine.