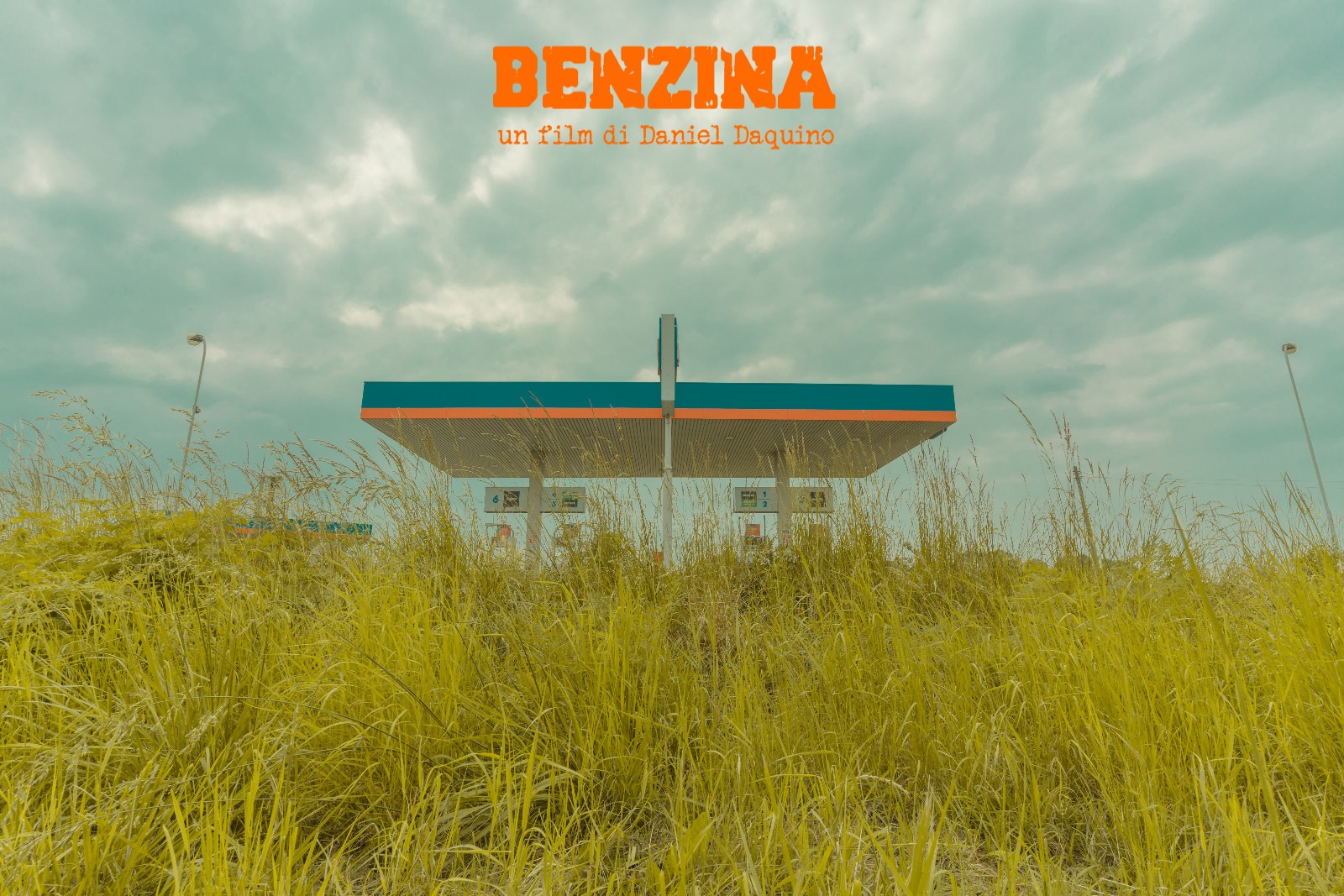 Vincenzo, 47, runs a gas station on a provincial road. He is a taciturn type and suffers from an OCD that makes his daily life full of maniacally ordered gestures and rituals. This does not prevent Vincenzo from doing his job… even if the insistent presence of a noose inside his cage suggests extreme projects. He suffers the stupid pranks of two kids, always riding a moped. Vincenzo does not react. Never. He does not have the strength, he suffers the blows and is silent. Vincenzo endures everything, burning one cigarette after another, taking refuge in his obsessive rituals and in a litany that mutters to himself continuously. His cassette playlist that he listens to from an old compact stereo accompanies him and motivates him to move on and finish the day, even if his gaze and thoughts often fall on the noose. The hours go by, the songs on the stereo, the cars and the jokes of the two kids. There are various clients, but only a woman with an 8- year-old son seems to notice him and by defending him she lights something in Vincenzo that makes him react in an unexpected way.

Benzina idea was born one evening driving the car while I was returning home, traveling about twenty kilometers of provincial roads totally surrounded by wheat fields. That evening I noticed a petrol station. The grass growing on the tarmac, the faded, ripped and fluttering red and white bands that indicated the out of service gas pump station made me speculate that it had been closed for a few years. The booth on the side of the square was small, smeared and old newspapers covered the windows to obscure the inside: from that moment on, I have done nothing but imagine the guy who worked there. From all these thoughts comes the character of Vincenzo and consequently the need to tell it. I've always been very attracted to gas stations. As a child, they meant to me a short break on my father'slong journey to Puglia: moments that are sweet memories for me. The distributors are often isolated, places where you go only by chance or if you have to: they are a small world unto themselves where everything else runs fast alongside them. I wanted to create a world apart, with its own rhythm and identity. With this approach I want to create Benzina by bringing out all the complexities of Vincenzo that suddenly impact to make him another unexpected Vincenzo.