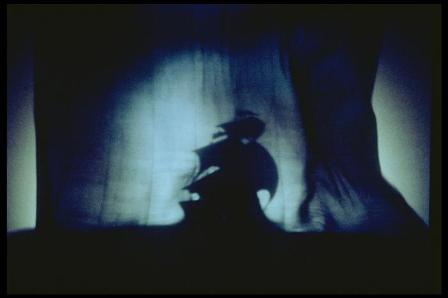 Giorgio Strehler's life is too intense to need complications with a story that is not only chronologically classic, but also exhaustive.

Even for one simple reason: it is something that is missing so far. Between Trieste and Milan, Piedmont, and especially the city of Novara, plays a key role. It’s here, in fact, that a very young Strehler, already with Paolo Grassi at his side, in January 1943 - during a leave from the army service - staged his first absolute direction. Three unique acts by Pirandello in a theatrical afternoon that marks the artistic frond from the stylistic features of Fascism and the artistic epiphany of Strehler. In Novara, where he will return a few months later, begins the parable of the man who has been considered the best European director of the second half of the twentieth century;

also because, on closer inspection, before Strehler the figure of the director didn't even exist. If from the handyman comedian to the scrambled texts of sacred authors we have passed to the theater of directors, philology, exasperated curatorship, all this is due to Giorgio Strehler, and begins in a not-so-provincial theater, now abandoned, but where we enter with our camera for a visual moment of enormous impact. During adolescence, the young Strehler arrives in Milan, following his mother, who begins her collaboration with the Teatro alla Scala. Milan will be for Strehler the city of adoption and election: here, the discovery of Filodrammatici school is the confirmation of his theatrical vocation. The story of a formidable career begins.

The film will offer a wealth of unpublished voices and testimonies thanks to which Strehler's legacy is projected clear and full of suggestions, essential to understand the man and his cultural legacy. From the founding of the Piccolo to the revelation of Bertolt Brecht, from the Goethian masterpiece to the quarrel with Von Karajan, the film returns a Strehler emblem of the Theater, thanks to a collection of Faustian fragments of unrepeatable narrative force. Two are the thematic lines: the archive - on the hinges expressed by the relevance of the Rai and Museo Schmidl funds - and the interviews. The latter are the “real” score that outlines Strehler's profile in symbiosis with the other conductors.  For conducting, and the common Mozart legacy, is fundamental the voice of Franca Cella. For the scenes Ezio Frigerio will be the dominus capable of explaining the suggestions of prose and lyric that have seen Strehler excel equally.

The international contribution is also notable: Andrea Jonasson is a very high-profile testimonial: wife and then widow of the Master, she’s perhaps the person who can most reveal the daily contradictions and décalage of the man who was permeated with timeless authors.

The amazing panorama of today's Italian theatrical world, all formed at the court of Strehler and the Piccolo Teatro, will eventually be the choral voice of the documentary: Giulia Lazzarini and Pamela Villoresi, Giancarlo Dettori and major critics, Maurizio Porro and Vittoria Crespi-Morbio. And even the closest collaborators, such as Rosanna Purchia (now the commissioner at the Royal Palace of Turin) and for Trieste the immense simplicity of Claudio Magris.