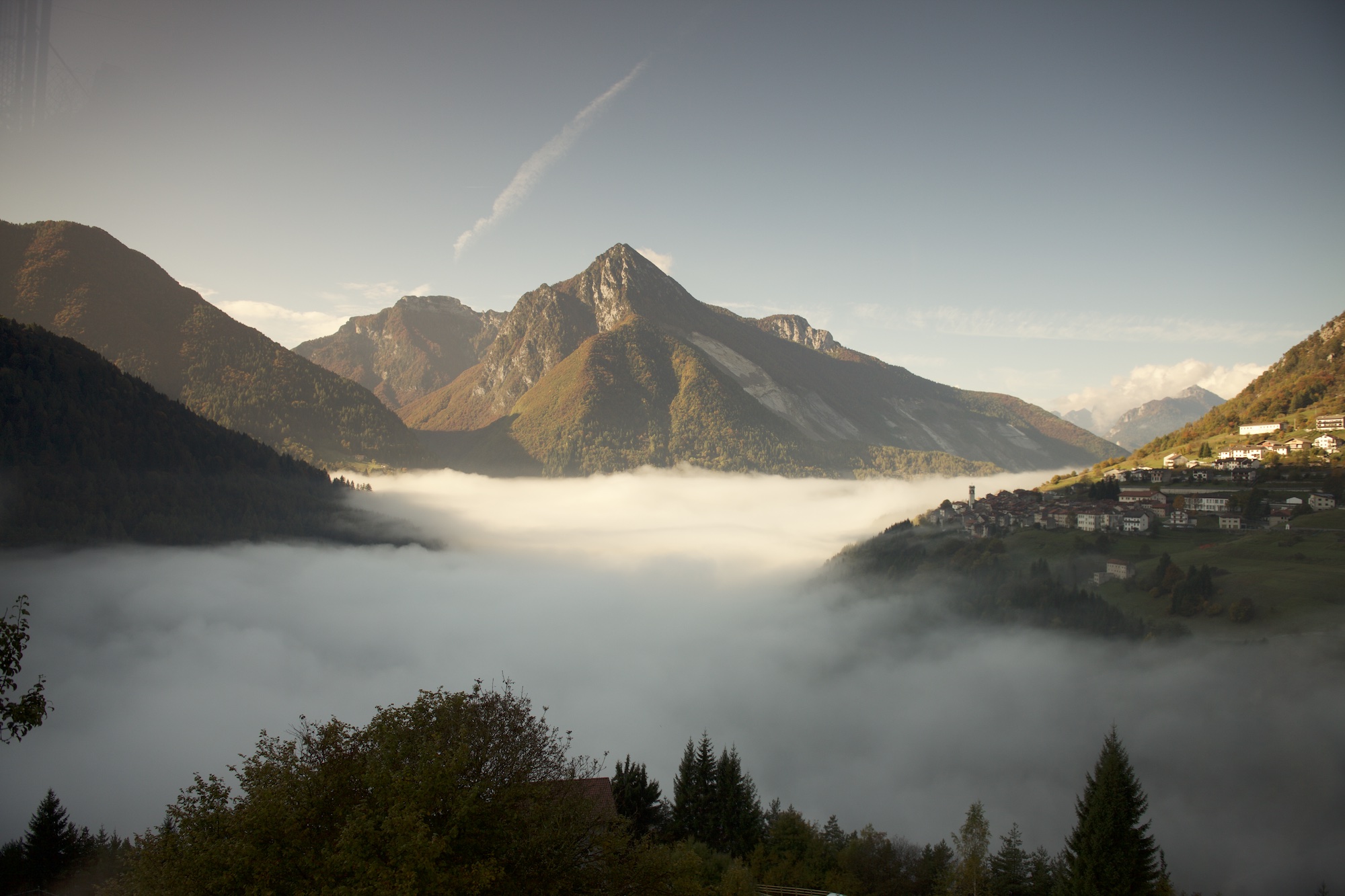 Erto, the only village to survive the Vajont tragedy, is now almost completely abandoned. To salvage it from oblivion, the Mayor together with the art curator Gianluca D’Incà Levis, would like to transform the dam into a permanent work of art. The community is divided, many of the citizens are outraged, angry and argue, torn between the need to preserve their memory and the risk of getting lost in an attempt to revive. Some of them begin to dream of their ancestors, Slovenian convicts brought there by the soldiers of the Serenissima, who had caused suspicion and fear among the locals, but also brought an opportunity for progress. Those men and women who are now dividing and discussing for the construction of the dam artwork, are one more time like their ancestors, reluctant and lost in the attempt to survive, and perpetual exiles in a place of abandon.

“Erto - The Moon Beneath the Water" initiated from the author's desire to explore the fine line between the preservation of memory and the need for revive. The documentary deals with this topic through the intertwining of two narrative levels: the main level will follow the events of the present, with the whole process from the proposal to the realization of the artwork on the dam, and the protests of a part of the community; the secondary level is the oneiric one, with the visualization of the collective unconscious of the characters involved in the story. The tone of the film will be delicate, sometimes funny, sometimes dramatic, and will oscillate between the reality of a village whose memory is challenged by its mayor, and the staging of the collective unconscious that is awakened in some inhabitants precisely by that provocative proposal.