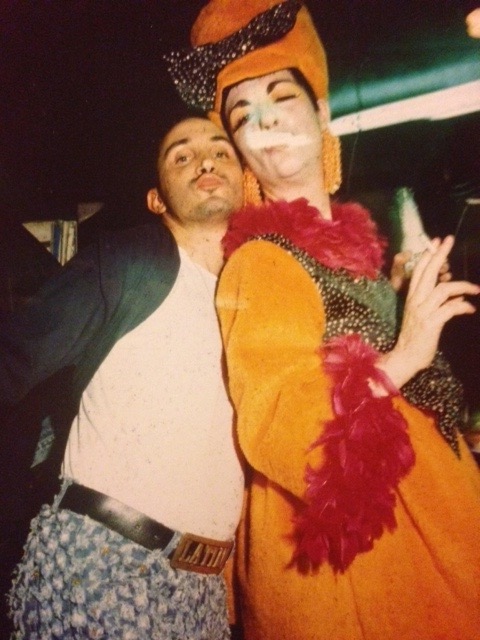 Falene tells the story of turin by night between the 1980s and the first decade of the 2000s, when the ferment of the city's clubs emerged and an artistic and musical context that had lived in the shadows for decades came to light. these were the years when electronic music, raves and clubs became a cult. The story unfolds through archive images and interviews with the protagonists of that historical moment, who introduce us to the spirit of those years, when everything seemed possible: the birth of underground culture, the development of art and music, the beginning of the movida and the culture of the night. The background is turin and the process of internationalisation of the city, which culminates in 2006, when the winter olympics show the world another face of the city of Fiat at a time when sociality and entertainment are struggling to come back to life, there is a desire to tell the story of a city that has been defined as working class for too long, but that has been able to look forward to a future full of light.

In the 80s and 90s, Turin moved by a creative frenzy, never slept, and we who lived there were unaware of the revolution we were undergoing. Together with hundreds of restless, trend-loving young people, we tried to renew its space and systems by adapting them to our dreams, freeing Turin from its greyness. Did we succeed? Perhaps we can succeed again, even in this different and destabilising present. Today I am an adult, a father, but I think those moments are worth recounting, for their spontaneity and irreverence. I worked for many years in the world of nightclubs, music and art, I was one of the cultural agitators, as Alberto Campo would say. For this reason I have a privileged point of view. However, this story is not just mine, it is a choral story, which must be retold by giving voice to the many protagonists. In my story we will retrace the world of Turinese nightlife, we will go up to the consoles, we will move from club to club as could really happen in a night in the 90s.

We will still be moths, who without knowing it have made a revolution by dancing.