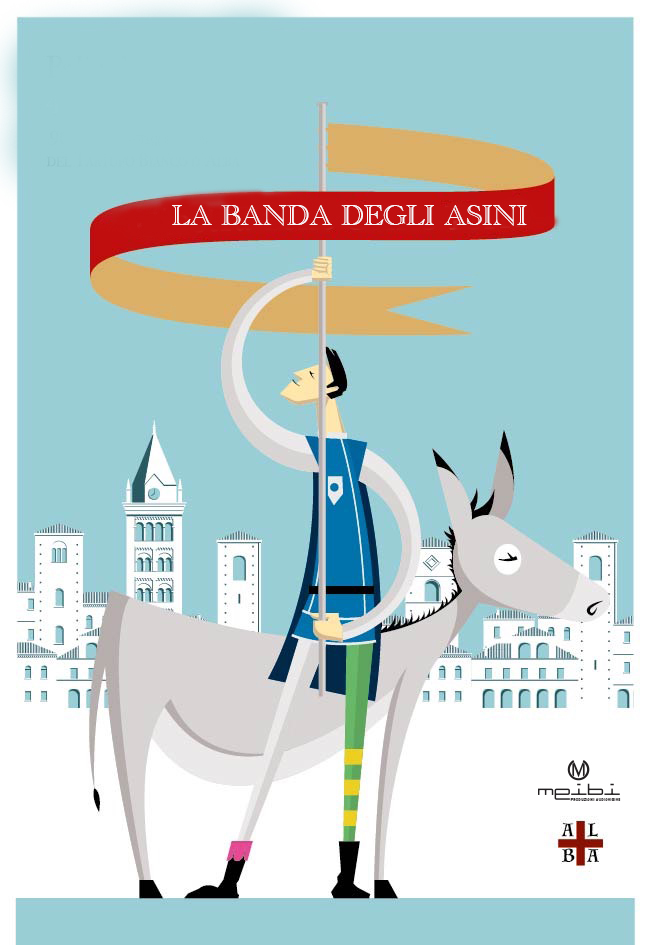 Following the life path of nine young people who live in the city of Alba, the film tells as many daily stories that are a metaphor for a generation that is experiencing a drama. Everyday life and the problems of life are marked with the annual preparation of the Palio degli Asini, a moment much awaited by everyone. The entire social life of Alba is planned by the preparation during the year of this event. The villages of the Albese town experience it as a unique moment, a special day. A year of tests, a meticulous preparation which, with the choice of the donkey, seals the start of the challenge. Because we are talking about a real challenge. The nine boys know and hang out with each other, they belong to civil society but become one another's enemy only on the day of the Palio. A real challenge, with no holds barred. But this year the shadow of the pandemic has changed habits and traditions. What to do? How to behave? Now the challenge is twofold: on the one hand to design a parade and a prize to be absolutely won, on the other the desire to create an alternative in case the pandemic becomes stronger and stronger. A hope and a struggle that will lead the nine boys to collaborate, study alternatives, become the leaders of this resilience.

The project is the result of a long journey that began in 2011 when Max Chicco was called by the Moretta village (in the city of Alba) to direct the parade of the Palio degli Asini. For eleven years Max has followed the projects of the village, winning several editions. From this experience Max Chicco has decided to tell this reality known by few, but deeply felt. The Palio lui Asini is in a certain way Alba's “answer” to the Palio di Asti or the Palio di Siena, but on this occasion donkeys are used instead of horses. The film to be made will be a multifaceted portrait of a generation of girls and boys engaged in a common project, friends in everyday life but becoming bitter enemies only one day of the year. A challenge told with the camera and a meticulous observation of everyday life with growing suspense as the event approaches in October.