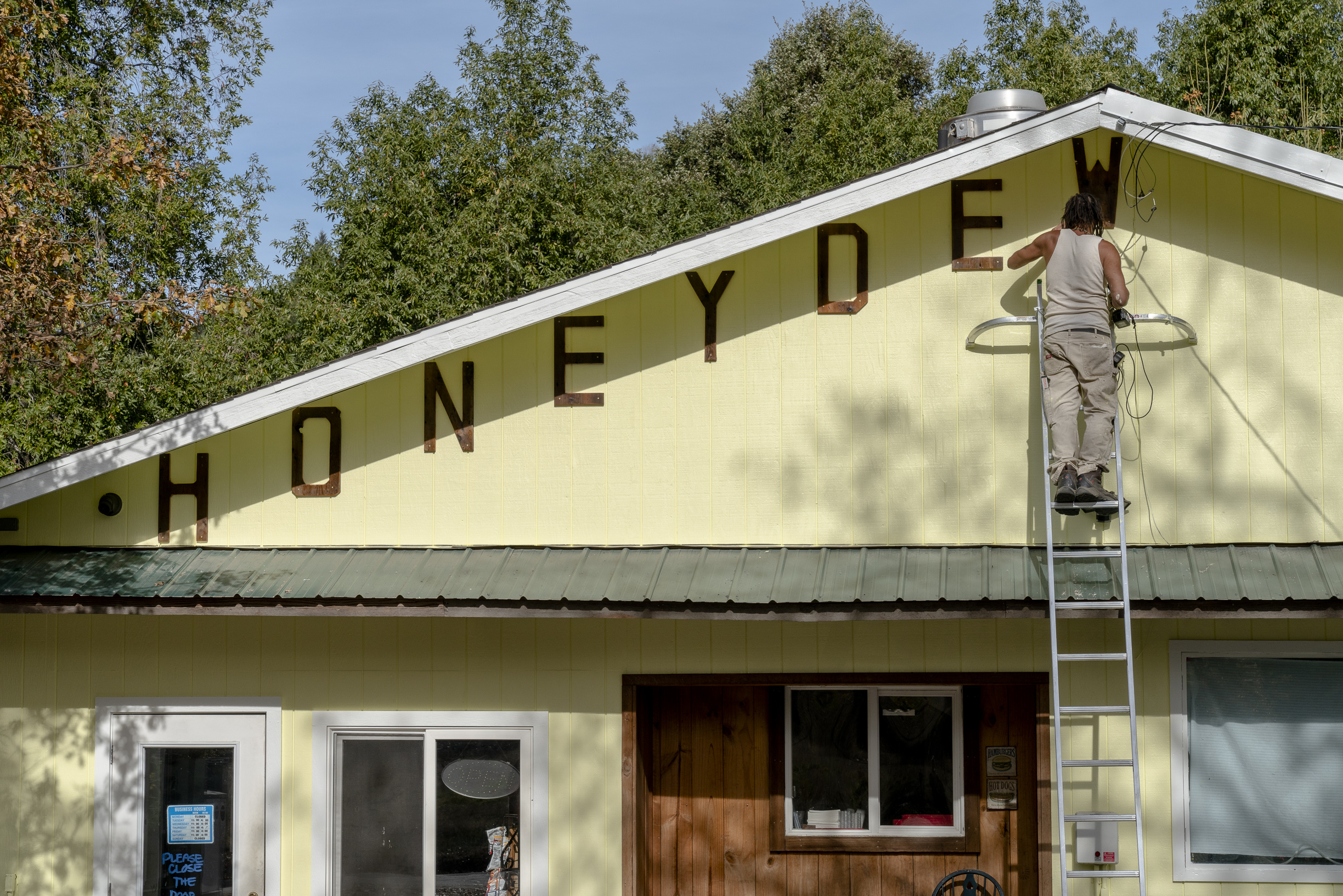 Maureen, sixty years old, lives in a remote corner of Humboldt County, which for over fifty years has been known for its intense production of marijuana sold illegally all over the world. In the 80s, after crossing the country on an old school bus performing his country songs, she settled in the small village of Honeydew. A rural place, difficult to reach and about which there are some unfortunate rumors. Here you can buy land with little money. Maureen has two daughters, a large marijuana plantation and a lot of animals to keep her company. Thanks to her charisma and her eccentric but confident personality, Maureen becomes a landmark in Honeydew. Her property is traversed year-round by a surprising variety of people. Natives alternate with romantic hippies, wealth-hungry entrepreneurs or nostalgic lone wolves. All these characters, relationships and stories matured over decades of shared lawlessness and risk, make Honeydew a unique place. There is no lack of tragedy, historical friendships, solidarity initiatives, stories about the police and all sorts of events that cyclically come to interfere with the balance of Honeydew.

Since the 1960s, Honeydew has been seen as a place inhabited by criminals and drug traffickers. Spending a few summers there as laborers on marijuana plantations, we found that these labels do not match reality. Honeydew is a community of people united by an ideal: to live free to be themselves, far from the canons imposed by society. Maureen, Gary, Cody in fact have not hidden themselves in Honeydew, they have chosen it and have built their lives there. Closing the doors to the press has meant feeding a myth that wants them to be outlaws on the fringes of society. Thanks to our perseverance we have built a relationship of trust with them that has made the inhabitants of Honeydew see in us the possibility of realizing the desire to change the collective narrative that describes them as delinquents. That's why they decided to let us film them, and that's why we follow them: to tell their lives, giving them justice, accompanying them in a unique historical moment, that of the legalization.