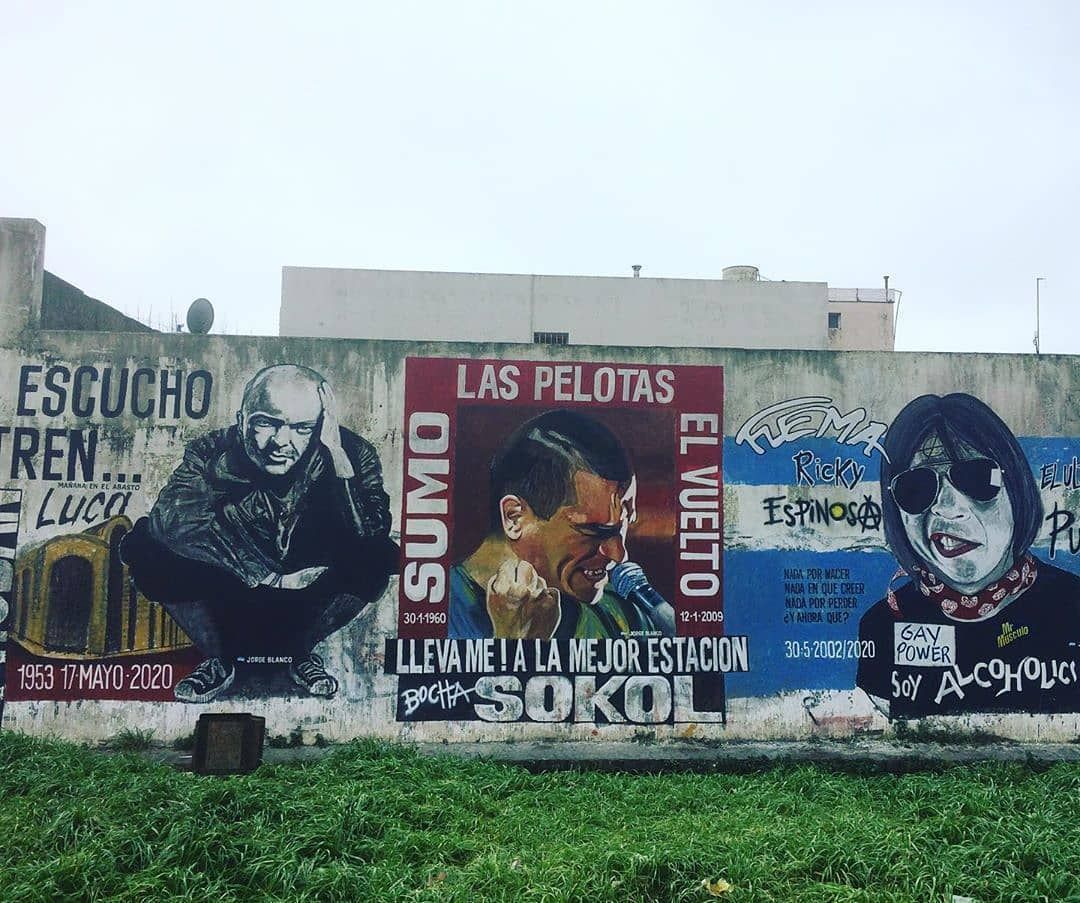 1966, Rome, A fortune-teller predicts to an unsuspecting young man that he will "take Evita's place in the heart of the Argentineans". Today his name is on the walls of Buenos Aires, a face on the graffiti of Argentine cities and on the stamps of the National Post Office. Luca Prodan is a young man from a good family, who leaves Italy to escape military service and his authoritarian father to land in England, where, after punching Prince Charles, his college mate,he lives during the birth of punk. He works with Richard Branson in his first Virgin store, he hosts the future band The Police in his occupied apartment, but he also discovers heroin, which was invading Europe. Miraculously wakes up from a overdose, he tries to detoxify in the farthest possible place: the Argentinean Sierra. Here he founds the punk-band called Sumo, that would change Argentine rock forever with its charge of poetry and irony against the military regime that is oppressing the country.

The story will be told in first person, even if the story has passed, Luca speaks through the "audio-letters" that he recorded and sent from Argentina to Rome, daily chronicles that he regularly sent to his brothers. Luca's voice is the first element that "brings him back to life" that accompanies the images from his family's archive and other home-movies that will give us back the flavour of the time. The archive will be in direct dialogue with Luca's animated character, a cartoon that detaches itself from the walls of Buenos Aires to enter the repertoires: he will slap his father in the episode that marks Luca's abandonment of his family's house, he will throw a punch at Prince Charles his college friend in England, and so on. Besides the unpublished repertoires there will be official archives, which will mark the parable of the protagonist in connection to the official history: the Rome of terrorism, the heroine invasion in the 70s, the London of Mrs. Thatcher and punk, and finally the oppressive Argentinean dictatorship overthrown by the Falkland-Malvinas war in the early 80s.

References that could better explain my approach are: “Another day of life” by Raul de la Fuente (as it based on true story and true characters and mixes different languages), “Life, Animated” by Roger Ross Williams (for the interaction between reality and cartoon) and “Kurt Cobain: Montage of Heck” by Brett Morgen that mixes original repertoires (Cobain’s amatorial videos and audio recordings), animation and live action.