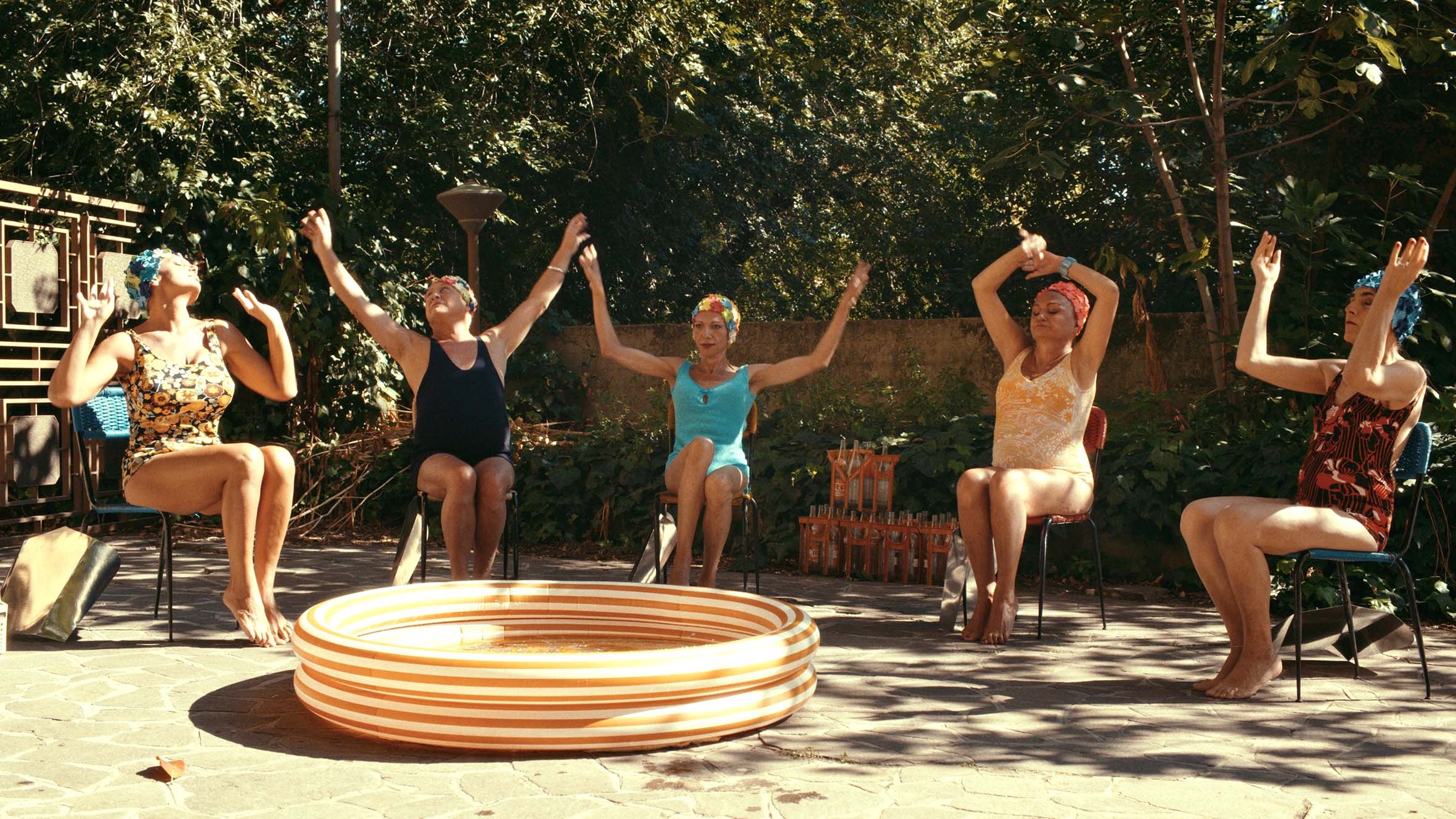 It often happens that after death trans women are deprived of their identity.

Families are ashamed; their funerals take place in great secrecy and the male name given to them at birth is engraved on their gravestones.  That's what happened to Antonia, too. Her friends gather to invoke her, in an attempt to give Antonia her denied femininity. The protagonists, stars of the boundless trans constellation, give life to this story by telling their own experiences, reliving the memories of their journeys.

I started thinking about a film with Porpora many years ago, in 2015.

I read all her books and became passionate about her story and her journey and thanks to her I got to know all the stories of the trans people she was narrating. But I could not find one in which I could also find myself, until I came across the character called Antonia in this film. She represents all those trans people who have lost the battle for the recognition of their identity after their death.

All those people who, on their last journey, were betrayed and robbed of their history, their identity, their clothes, and the path they have built in this life. Dressed as men for their final farewell, they left this world with an identity that did not belong to them. For their families, however, this maintained a sense of social order. The violence of this gesture, being stripped of one's identity as soon as death occurs, seemed to me to be the extreme synthesis of the struggle for freedom that each person makes to construct their own destiny. And like any fight for freedom, it does not belong only to those who engage in it, but to everyone. It is universal.

Everyone who has really fought for their freedom has known violence of those who oppose it. Of the many possible freedoms, that of the choice of gender is among the most delicate. Our body walks in the world, and through the body we perceive reality. We feel the heat, the cold, the thirst, the hunger, the fear, the joy. The body is our being in the world and in our body we must find rest; we must feel intimate with it, we must find ourselves "at home". When this does not happen, the sufferance is inhumane. Therefore, the choice of gender is fundamental. The fact that there are people who do not understand this and oppose it indicates a profound fear of accepting something they cannot understand. It is an indication of a violent attitude.

It is not by chance that wars and conquests have always been played out on the most defenceless bodies. The body is and always has been the battlefield of power. It is the map of desires and of the achievements of those who won the war, and the heartbreak of those who were crossed by the war I wanted to create a film that would have been a reparation. We imagined that we could gather all those transwomen who passed away wearing clothes that did not belong to them and make up for it. Only a séance could perform the miracle. We imagined a séance to give to all those people like Antonia, who had lived in the shadow of the theft of their identity, the clothes they would have wanted. We imagined them dressed and beautiful, free, happy to be what they always wanted to be. This film is a contribution to the quest for freedom, a hymn to those who make their lives a free path, with strength, courage, tears, joy, despite everything.