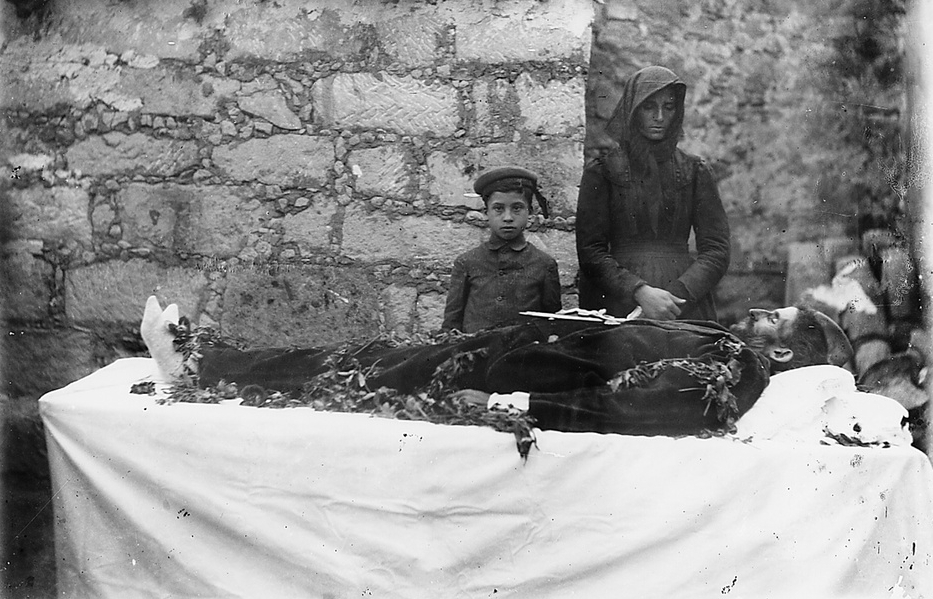 Accabadora – The Good-Death Lady was a woman who performed an ancient form of euthanasia, an act of mercy for the terminally ill in order to put an end to their suffering, but carried out with ceremonial ferocity: the woman hit the dying person on the head with a wooden mallet. It was a ritual of Sardinian tradition with roots going back into the mists of time, but of which traces have been found dating back to as
recently as the 1960s. For ages kept concealed and out of sight of the Roman Catholic culture that considered her a murderer, the Femmina Accabadora is a legendary figure, as alive in the popular mind as the vampires of Transylvania. The mythical aura comes to life in the tales of eye witnesses who break the code of silence and censorship in place to this day, and courageously tell us just who these practitioners of euthanasia, the “good death”, were. We learn where and how they lived, and their reasons for committing such dire acts. We’ll also gain insight into their relationship with religion and how they were perceived by the community at large. Accompanied by rich archive footage, we are joined by our characters in an immersion inside a culture that is thousands of years old, where we’ll be exploring and unveiling a relationship with death that is as natural as life itself. Can we decide to end our lives? Why is euthanasia accepted in some cultural traditions while in others it remains a taboo? Who can decide whether we must live or die? Is putting an end to people’s su fering an act of mercy or a brutal and barbaric custom?

The first time I heard about Accabadora this struck me as an incredible story. Bizarre. Paradoxical. Perfect for a documentary film. I began researching the subject. There was a novel – powerful, excellent – that I’d read. I thought it was all made up, fantasy; some films as well – a short and a feature-length; lots of articles and papers, some of which were rigorous and up to par, others less so. But there has never been a documentary film made on the subject. As I continued my research, I understood why. It’s very complicated to get someone to talk about these good-death ladies in front of a camera, and tell true stories, reveal their own personal experiences. I made contacts. I found people willing to talk. People who had known personally several accabadoras. Then and there I knew I had to make a documentary about this, most of all as a last chance to provide testimony that in but a few years from now will likely be gone forever. Because the documentary goes where fiction and non-fiction cannot, with the oral tradition that mixes blood, land, suffering, respect and compassion.