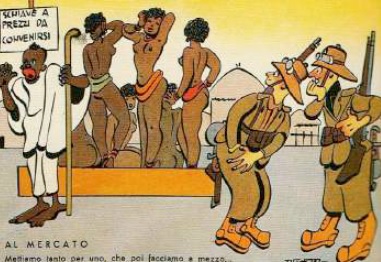 1938 - 2018: eighty years after the Promulgation of the Fascist Racial Laws: an important and unfortunately very topical anniversary.
Eighty years ago, Italian population, who had not a tradition of anti-Semitism, was pushed by the fascist propaganda into accepting the persecution of a minority, which had been living in Italy for centuries.
How was that possible? Even today, how much do we know about this historical moment? 1938 Different: The Racial Laws of the Fascism wants to tell what the implementation of such laws entailed on the life of Italian Jews, and how Jewish and non-Jewish population experienced racism and persecution. The movie will focus in particular on the subtle mechanisms of social persuasion employed by fascism through the effective and pervasive activity of the Ministero della Cultura Popolare (MinCulPop). It will show the articles, the comics, the movies through which, in the scope of few months, Jews were turned into "different" first,  then in real enemies of the nation. It will tell the consequences on Italian Jews' everyday life in the aftermath of the laws through the voices of some direct witnesses, and through the reconstruction, in animation, of some events of discrimination and humiliation which really happened. Eminent scholars (historians, sociologists, experts in communication) will help us reread this dramatic historical period under a new light, capable to disclose the role of mass media in one of the most tragical racial persecutions in the history of humankind.

After the deliberations of the Council on Ministers

The Jews are not permitted to:
a) Give military service in peace and in war
b) Exercise the office of tutor.
c) Be owner of companies interested in national defense
d) Be owner of lands and builsings
e) Have Arian servants
The Expulsion of foreign Jews

There can be no Jews:
a) In the military and civil administrations
b) In the Party
c) In the Provincial and municipal authorities
d) In the parastatalbodies
e) In the banks
f) In insurance
The Jews are excluded from Italian schools.

In May 1940 to escape from the Fascist Racial Laws, my parents managed to leave Turin and Italy, and get on the last passenger ship going to America. The Producer, Robert Levi, who remained in Italy with his family, also suffered the consequences of the racial laws until a providential flight into Switzerland. The film therefore, stems from a profound need to know about, understand and make known. Also because those events, though in different ways, come to repeat themselves, and to threaten our future. We have the duty to mobilize ourselves and seek to prevent that occurring. Until 1935 in Italy, racism in Italy was almost inexistent, and fascism in the twenty years of its dictatorship, was able to inoculate in our society, a virus which in subterranean ways has put down roots, and continues to proliferate. With the occasion of the anniversary of the Promulgation of the Racial Laws, the film therefore would seek to deepen the understanding of what happened. To reflect on how they were conceived, received, and what were their consequences. With the help of historians (Italians and foreigners) of world renown as well as academics and distinguished experts, we will try, in a modern and involving language to analyze the facts, focusing importance also on little known and rare documents and archive materials.  The official voice of the “Great Story” will intertwine with the “micro-stories” of personal accounts from witnesses who for the first time have overcome emotional blocks to recount their experiences and their memories. The film desires in fact to be not only a historic and didactic in depth consideration, but above all an opportunity for the emotional involvement of the audience to stimulate reflection and conscience. Using animation, the effectiveness of digital effects, and the sensibility of well known actors who will read the cold administrative provisions, the delirious proclamations and the harrowing pages of diaries and letters, we wish that our words should become also “images” and emotions to touch the sensitivity of the viewer, and have him overcome prejudices and indifference.
I don’t believe that it only a moral need which pushes me to desire to recount the period of the Racial Laws, neither “private necessity” of knowing how my parents and their religious fraternity lived, and what they suffered, neither a generic urgency that more should be unveiled on this subject, but above all a conviction that with direct language, one should reawaken the interest and curiosity of the coming generation and young people.