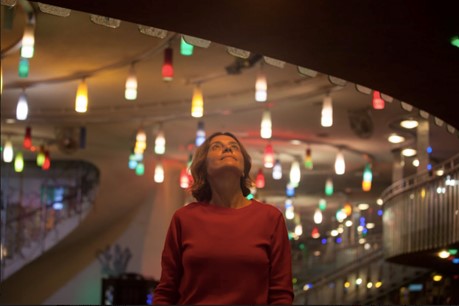 On August 27th 1973 Carlo Mollino died abruptly. In that same year, on April 10th, his last masterpiece, Teatro Regio, was inaugurated. Mollino was an architect also known as author, photographer, furniture as well as car designer, aviator, skier and downhill theoreticist, someone who mastered each technique to express its tightrope creativity. Eclecticism is the key to enter his intimate aspiration: to become creator and builder of forms and spaces to inhabit with a life of poetry.

Forty years have passed since Mollino’s death, a timespan requiring a synthesis. Our aim is to develop a documentary film to grasp his unity as both a man and an artist. Bearing in mind his versatility, we firmly believe to reconstruct Mollino’s identity from his own biography. What we know is that he was a gifted outsider within Italian cultural landscape of his age. He was a man who travelled few even though his life is a vortex of movement, someone with profound friendships and passionate affairs who ended up in aristocratic solitude. Mollino was also constantly guided by an extreme accuracy in each of the expressive forms he chose. He loved his hometown, hardly reciprocated. All of this provides human and artistic material to inspire our documentary in a vein of respect to both eclecticism and accuracy aimed at a visual reconstruction of his life and work.