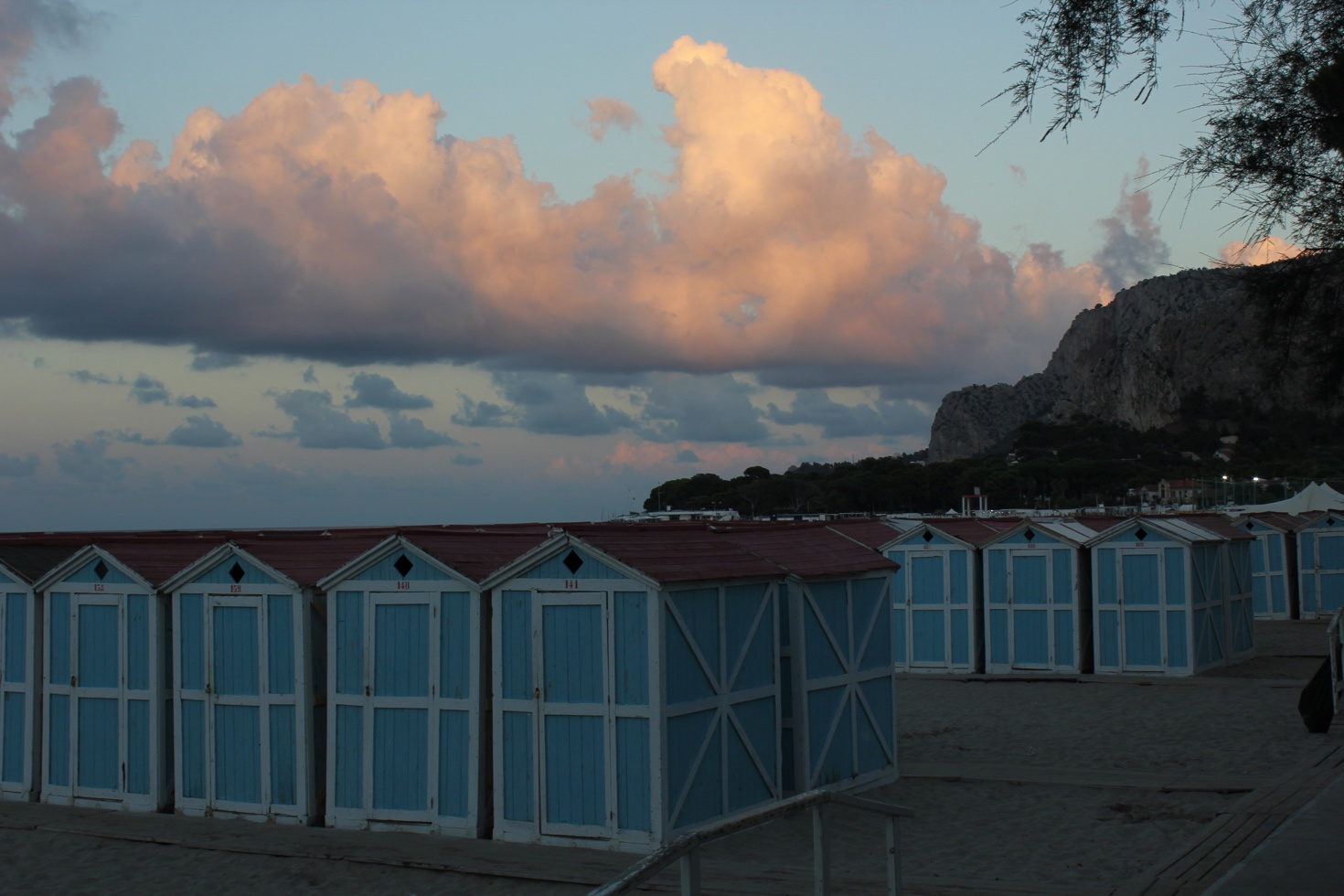 Every summer on Palermo’s Mondello beach over one thousand
cabins are built ready to host as many families who will spend
the holidays there. For them the beach huts are a perfect
scenario for hiding behind the memory of a social status the
crisis of recent years has inevitably compromised.
A family goes into debt so they can take their seaside holidays
and appear wealthy in the eyes of the other beach-goers;
three women work on their suntans so they can carry on
feeling young and become the stars of the summer. On the
same beach, in the meantime, a barman thinks about nothing
but making as much money as possible to get through the
winter. All of them are looking forward to the ferragosto, the
Italian public holiday of August 15 on occasion of the
Assumption of Mary, to be at the centre of the summer vanity
fair and continue pretending the economic crisis doesn’t exist.

Sea cabins seen as a fortress to secure the middle class with
their achieved status, safe from the risk to appear
inadequated, unable to face the new, overtook, or, in the
worst case, old.
Happy Winter is a documentary intended for the cinema that
reflects about the last years economic crisis and about the
way the middle class is facing it.
Mondello’s carefree holiday atmosphere represents a
suspension from the toils of the winter and this condition is an
opportunity for me to face the subject with an ironic, fizzy
and at times comical approach, but never superficially, thanks
to the various interpretative levels the characters present.
They have quite literally lost their shirts and lay bare their
socio-existential condition, which isn’t too different from that
of someone from Spain, Greece, France or North America.
Happy Winter is the début film by Giovanni Totaro, graduated
at Centro Sperimentale di Cinematografia of Palermo.
From a cinematic point of view a register consisting of static
shots, combining formal accuracy and continuously new
narrative contents, will alternate with freer more visual
moments associated to the sea, with camera movements and shots not always perfectly in focus representing the sea as the
territory of fantasy and dreams, the element the characters
retreat to from time to time.