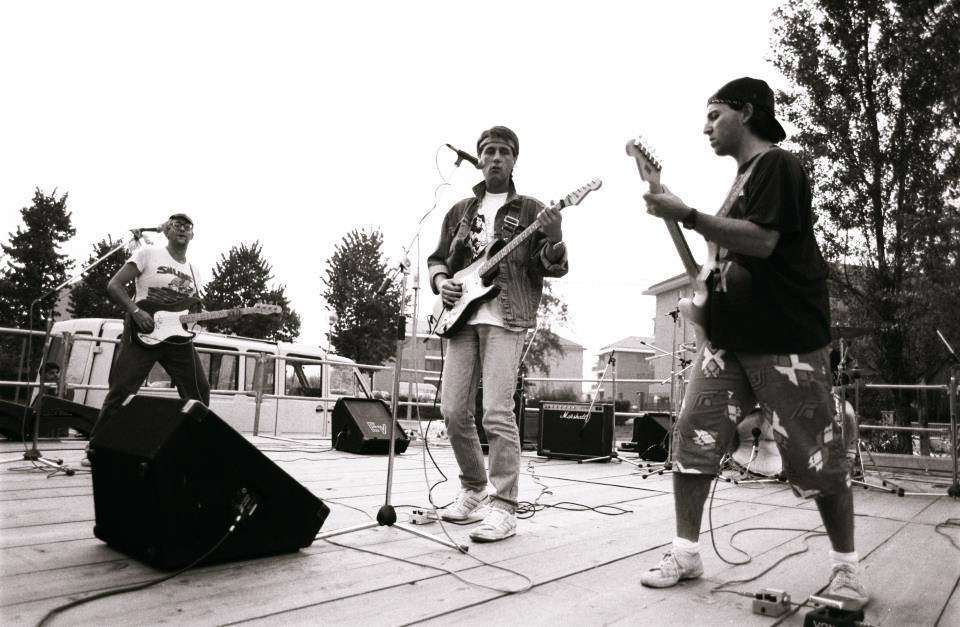 Truzzi Broders is a band grew up during the period of hardcore punk scene of Turin. They weren't actually punk and, from a musical point of view, they were a minority of the minority. Musically influenced by british punk rock, Truzzi Broders represent a specific cultural model feeded by historical period's tensions and emotions but avoiding the mainstream music and rhetoric slogans. Starting from archive material directly shooted from the band at that times "Una canzone senza finale" is a documentary that describes the eighties in a city that, from the testimonies of those who were young, looks like a sad and hard place, without opportunities for recreation and socializing. A city that lived with the rhythms of the big industry despite tensions that reigned beyond the gates, the streets, neighborhoods, among the people looking for an identity. On May 29 1982 the hardcore punk bands of the city gathered themselves in a concert with an emblematic slogan: against urban despair. It's an historic day for a cultural movement that in the following years imposed itself throughout the peninsula and across national borders, and gave rise to a ferment the fruits of which are still visible today.

The history of Truzzi Broders is not only the story of a band, is also the story of a city and a music scene. In that time Turin discovered the crisis of its industrial soul, the discomfort of suburban neighborhoods, a generation looking for its own identity. But it is also a vibrant city that exudes a creative energy that gives life to a music scene, benchmark throughout Italy. It was very important for the city, which rose from a dormitory city to city alive through the efforts and ideas of a group of boys in their late teens. A very important period totally ignored by the new generations guys.
We followed the idea to tell this story through the Truzzi Broders's eyes, because, in a sense, are also our eyes. Truzzi Broders was influenced by punk especially for the "do it yourself" spirit and the desire to make music despite all. Musically, however, they are different from punkers, offering a rough rock genre sung in Italian. And different is also their attitude: the anger is there, but is filtered by irony. The critics of the time label them as crazy music, although in hindsight it's not like that. They tell the reality of everyday life, of
the children in the neighborhoods and the problems of Turin. Using their own words: «It is to get out alive from our neighborhoods that we play rock, man».