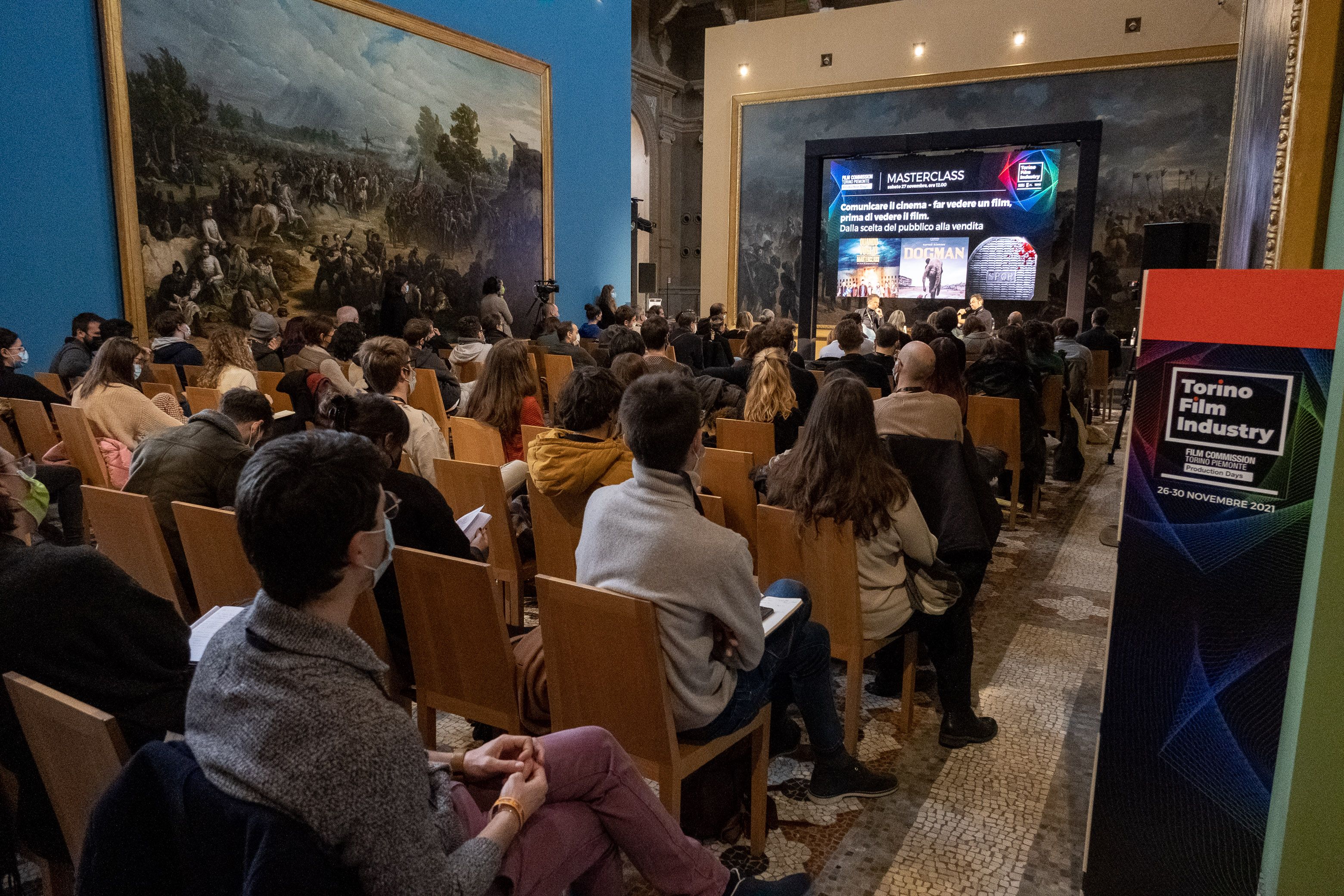 As the 39th Torino Film Festival comes to an end, TFI Torino Film Industry presents the results of the live edition that offered for 9 days a complex schedule of events tied to independent cinema, to portray the entire audiovisual industry and position itself as a meeting, market, and platform for international co-production.

Through the voice of the 3 partners that made up and gave life to this 4th edition of the fair, today TFI Torino Film Industry marks an evaluation that is, without doubt, positive and that keeps affirming it as the work & business soul of the historic cinematic event in the city.

A dense program of activities – pitches, panels, workshops, one-to-one meetings, networking events, awards – that Film Commission Torino Piemonte, TorinoFilmLab, and TSFM organized for their target audience, granting shared and cross-border initiatives during the live events and, shortly, during the online ones as well.

“During the first 5 days of programming, from November 26 to 30, the Production Days took up the challenge of this double live and online TFI edition, doubling the locations and subsequently the programming, and organizing 64 events at the Museo Nazionale del Risorgimento and the Circolo dei lettori.” Paolo Manera, Director of Film Commission Torino Piemonte, thus comments on the results and the great participation to the event, which registered 1.500 accreditations (among which there were 200 students from all of Italy) and 2.500 attendances to the various events.
“A cross-border co-production meeting, meant to welcome the decision-makers of the audiovisual industry and the professionals and, at the same time, involve the young people who are just now approaching the world of cinema and audiovisuals. A result that wasn’t expected and thus even more appreciated is to have been able to offer – also thanks to our many partners, starting from Doc/It Associazione Documentaristi Italiani to Sotto18, Cartoon Italia, and Asifa, not to forget the Salone Internazionale del Libro and CNA Cinema e Audiovisivo Piemonte, ANAC and Roma Lazio Film Commission – 20 panels, 8 masterclasses, 5 workshops, 7 pitch sessions, 21 training sessions and one-to-one meetings, and 3 networking events.”


“We’re happy to have brought back TSFM live in Turin. For three days, the rooms of the Museo del Risorgimento, Palazzo Cisterna, Circolo dei Lettori, and the Museo Nazionale del Cinema were crowded with hundreds of accredited guests from Italy and abroad. These three days were the confirmation that the circuit of international short films keeps on being a priceless hotbed of new talents to discover and put under the spotlight. Furthermore, the diversity of projects and themes presented during the panels, along with a remarkable presence of female speakers, made TSFM into a meeting point in which different voices could discuss. Seven pitch sessions, seven panels, a keynote, a workshop, a Country in Focus, 120 one-to-one meetings, two XR Showcase spaces”, Enrico Vannucci and Eugenie Botterau, directors of the Torino Short Film Market, stated.

The 14th TFL Meeting Event took place in its live version in Turin, from November 29 to December 1, preempted by two days of preparations, during which the teams of the 49 feature film projects presented between Scuola Holden and Circolo dei Lettori faced 170 hours of training sessions and rehearsals before introducing themselves to the industry audience which came to Turin from all over the world. Altogether, the final event of the Museo Nazionale del Cinema lab called in Turin 200 professionals among jurors, experts, decision-makers, and participants from 32 countries.
“It was a very special edition: coming back to being in presence gave life to a special energy and all the professionals caught this opportunity and took the maximum advantage of it, which is confirmed by the number of meetings between the decision-makers and the teams of directors and producers who presented their projects: 500 one-to-one meetings that we hope can give life to the films of the future” Mercedes Fernandez, managing director of TFL, states and she adds: “A future generation of authors that we at TorinoFilmLab and our partners tangibly support. We assigned to 11 feature film projects 240.000 euros of funds in the form of 15 prizes. We also closed with great success the first edition of Alpi Film Lab, the meeting space between Italian and French professionals that already gave life to some collaborations.”

A double fourth edition made possible again by the support of Fondazione Compagnia di San Paolo that once again highlights the collaboration and synergy between the institutions of the Piedmontese cinematic system – first of all with the Museo Nazionale del Cinema and with the Torino Film Festival – and that tangibly shows the strong identity of the local cinema and its richness, both in an artistic and industrial sense.