highlights
Film Commission Torino Piemonte: 12 million euros to be destined by Region Piedmont for the production of audiovisuals in the next three years 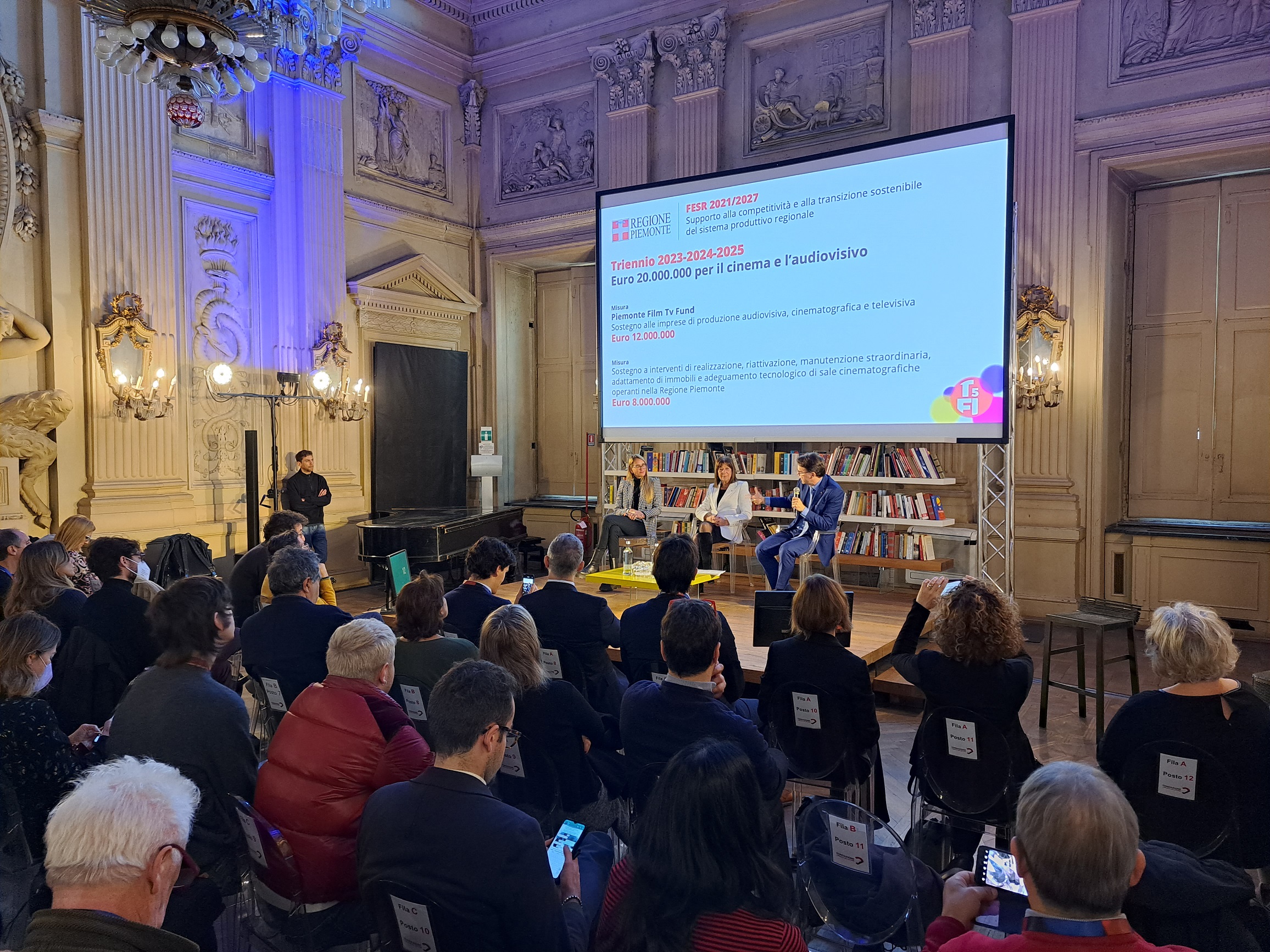 The announcement of the allocation of 12 million euros from the Piedmont Region to producers that choose to film feature films or fiction series in Piedmont has been one of the culminating moments of the Production Days, organized within the scope of the Torino Film Industry. In a very crowded panel introduced by Beatrice Borgia, President of the Film Commission Torino Piemonte, and Director Paolo Manera, the Assessors for Budget and Finance and Culture, Tourism, and Commerce, Andrea Tronzano and Vittoria Poggio, announced to the audience of producers and professionals the meaningful increase in economic resources aimed at the assistance, together with the support and the services of Film Commission Torino Piemonte, of the activities of production on the territory.

The President of Film Commission Torino Piemonte Beatrice Borgia highlighted that “the announcement made by the Region Piedmont during the Torino Film Industry, in the Production Days organized by our Film Commission, is the product of a path and a steadfast work that, during the last year, put in play a teamwork that is fundamental between institutions and trade associations. A result that is entirely coherent with the mission of our Foundation and with its strategic lines that we declared ever since the start of the mandate, and that will bring even more opportunities to work on quality, responsibility - thanks to the bonuses within the calls -, and internationality of the industry. The Film Commission has shown its ability to more than adequately fulfill its role as facilitator, moderator, and activator, and its constant ability to generate new opportunities for the whole branch”.

“TFI Torino Film Industry - growing one edition after the other - has shown once again its value and its efficacy, putting in the foreground the professionalism and excellencies of the audiovisual industry, and giving space to the whole productive machine of cinema and audiovisuals - films, tv series, documentaries, and audiovisual works of all kinds”. This is the comment of Paolo Manera, director of Film Commission Torino Piemonte, adding that “the medium-term strategic plan announced by the Piedmont Region will allow us to position our territory even more as a destination for big productions, both national and international.”

So, Piedmont bets on cinema and audiovisuals, recognizing its outstanding value in both a cultural and industrial sense, being able to generate economic growth and occupation on the territory, and reinforcing its role on the front line in a national context. With the 12 million euros distributed in a three years timespan through the new calls of the “Piemonte Film Tv Fund”, the possibility to sustain productions filmed in Piedmont rises from 1,5 to 4 million euros per year. It will then be possible to further foster the virtuous mechanism of investments in the territory, thanks to which every euro of investment has an immediate outcome of almost 5 times on linked industries and territory, without considering the even more interesting outcome on a long-term basis and the flywheel effect on more than 400 companies in Piedmont.

The Production Days 2022 have been the occasion for this important announcement but also a moment of connection between professionals in two days of panels, pitching sessions, workshops, and one-to-one meetings, in a succession of presentations and opportunities for debate that involved players and partners of national and international scope such as 01 Distribution, Amazon, Discovery, Netflix, Paramount+, Rai Cinema, Rai Documentari, and Sky Studios together with major names of Italian production such as Fenix Entertainment, Groenlandia, I Wonder, Lucky Red, Picomedia, Tempesta, Viola Film, and Wildside, making the Production Days one of the BtoB events of most relevance in the world of Italian audiovisual industry.

The Production Days are organized by Film Commission Torino Piemonte (November 25th and 26th), are an integral part of the program of TFI Torino Film Industry, a market that the FCTP itself coordinates in partnership with TorinoFilmLab Italia and Talents and Short Film Market, along with the partner event IDS Academy. 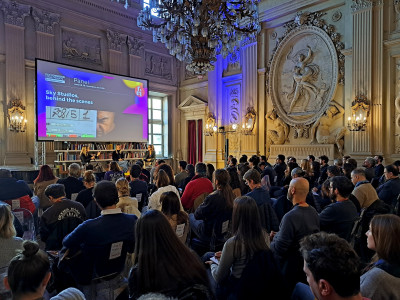 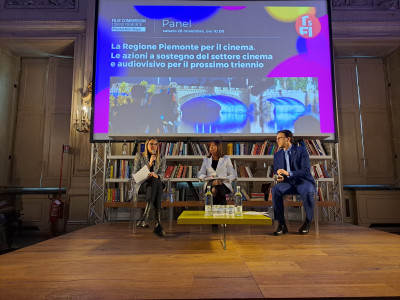