Four projects have set the works going in Turin and Piedmont on Monday 17; added to the ones already in progress, the big sets active concurrently on the Piedmontese territory with the support of Film Commission Torino Piemonte reach the record result of nine.

It’s the first “action!” for “Zamora”, the first film that features Neri Marcorè as a director (and he will perform as the protagonist as well), produced by the Pepito Produzioni. The shootings in Turin and its surroundings will last for about 6 weeks.

“L’incidente” also started its works, directed by Giuseppe Garau and produced by Storia del Fantasma S.r.l., realized in Turin and its surroundings for 2 weeks.

Lastly, “Confidenza”, the latest endeavor by the renowned director Daniele Luchetti, inspired by the novel by Domenico Starnone, and produced by Indiana Production and Vision Distribution, began its shooting as well.

To these, there is to be added a crucial international production, which involves some Piedmontese cities.

These four films for cinema get to be added to the feature films and tv series that began or were announced in the previous weeks.

Among these, “La poetessa dei navigli” - a TV film dedicated to the figure of Alda Merini, produced by Jean Vigò Italia with Rai Fiction - which will be realized in Turin and surroundings for 6 weeks, after preparation in the location of Film Commission Torino Piemonte that started on last August; in addition to the TV series “Cuori 2” directed by Riccardo Donna and produced by Aurora Tv, Rai Fiction, and Centro di Produzione Rai Torino.

The shootings for 3 works are also proceeding, supported by Film Commission Torino Piemonte and realized with the contribution of POR FESR Piemonte 2014-20220 – Azione III.3c.1.2 – bando “Piemonte Film Tv Fund”: “La Bella Estate” by Laura Luchetti - inspired by the homonymous novel by Cesare Pavese and produced by Kino Produzioni with Rai Cinema, 9.99 Films, and with the executive production of Tapelessfilm Service - which will end its shooting in 10 days; “Lubo”, a highly anticipated new film by Giorgio Diritti, produced by Indiana Production, Aranciafilm, Hugo Film, and Rai Cinema, and the TV series “Il Re 2”, produced by Sky Studios, The Apartment, and Wildside, both companies of the Fremantle group.

A period of productive turmoil that joins short films, documentaries, advertisements, reportages, television formats, and videoclips - 10 during this week only - which keeps confirming the excellent trend of the year, the great engagement of local professionals employed on the sets, and a territorial outcome, regarding the above mentioned 9 projects, esteemed to be around 10 millions of euros. 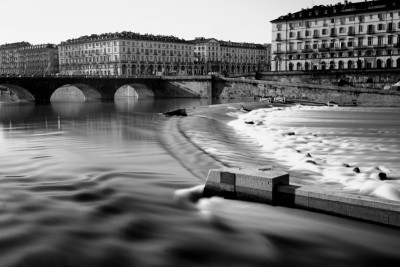 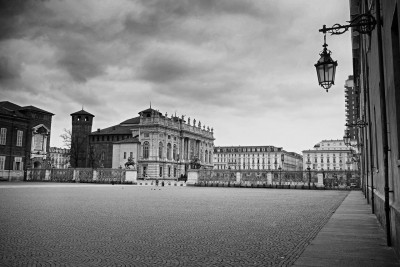