highlights
Venezia 79: the activities of the Italian Pavilion 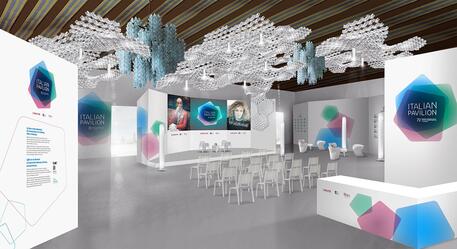 Today, the 79th Venice International Film Festival opens, which – as already announced – features the presence of the Film Commission Torino Piemonte with six projects in various sections of the official program, the Critics’ Week, and the Giornate degli Autori.

Among the various activities organized in Lido from the 31st of August to the 11th of September 2022, we signal that on Friday the 2nd of September, Doc/it – Associazione Documentaristi Italiani, FCTP’s partner in the scope of TFI Torino Film Industry, will organize a meeting titled “The LUCE archive and the Italian independent production”.

From 5:30 pm, the Italian Pavilion will feature the opening event, with the speeches of Paolo Manera –Torino Piemonte Film Commission Director, who will have a talk with Gioia Avvantaggiato – Representative to the Doc/it archives, Enrico Bufalini – Director of the Archivio Storico, Cinema e Documentaristica Istituto Luce-Cinecittà S.r.L., Chiara Sbarigia – Cinecittà President, and Francesco Virga – President of Doc/it – Associazione Documentaristi Italiani.

Following this link, it will be possible to watch the event online: https://italianpavilion.it/eventi/larchivio-luce-e-la-produzione-indipendente-italiana/

Furthermore, as is now customary, the Associazione Italian Film Commissions will organize in Venice as well the event “Cappuccino with the Italians”: an IFC event focused on networking, realized on this occasion with the collaboration of VPB Venice Production Bridge and Enit.
The event – open to all accredited producers – will take place on Saturday, September 3rd, from 10 am to 11.30 am at the Terrazza dei Limoni (3rd floor in the Excelsior Hotel). 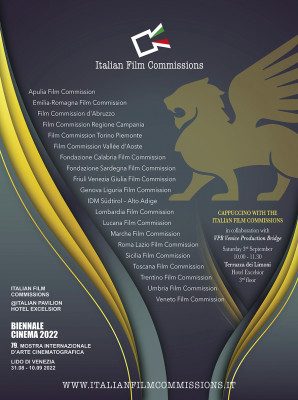