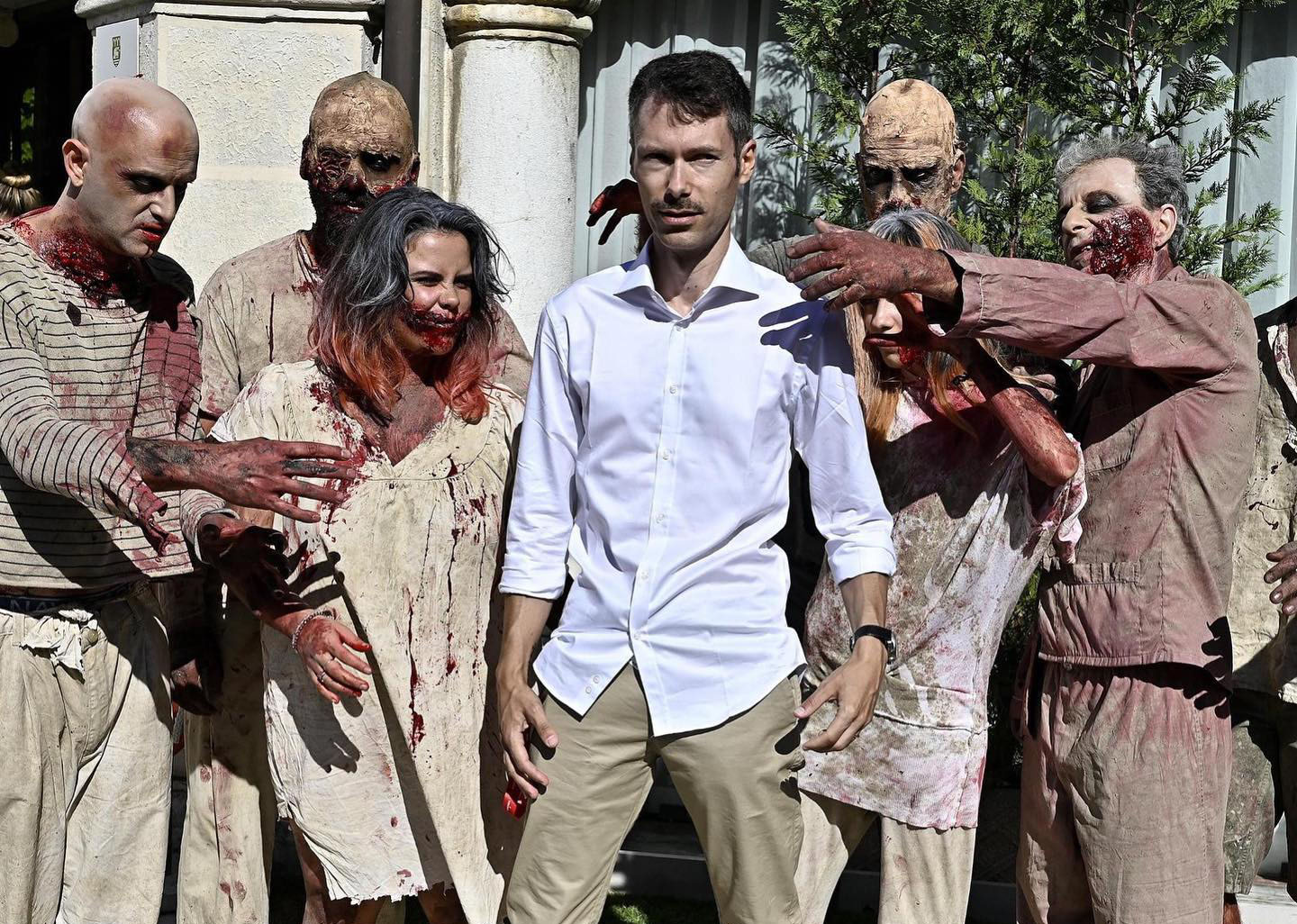 A series of events celebrates the cinema of Dario Argento. Her daughter Asia is asked to take a series of photographs, in the locations of her father's most famous films, which will be part of an exhibition and a book dedicated to the director. Asia's journey through countries and places evocative of her father's cinema will be the fil rouge that will link repertoire materials and interviews, also part of this celebration of Argento, which reconstruct the director's life from the beginning to success in a non-didactic way, taking it head-on through four themes:

The relationship with daughters and heirs;

Cinema and its influences.

The biopic genre focuses on a subject to be told. Very often, however, the form does not coincide with the peculiarity of the character, to whom a standardized narrative mode is assigned to the genre. Instead, the goal of this film is to stage ARGENTO through a language that reflects his way of making cinema, his way of communicating his image.

The staging will rest on two cardinal points:

- The boundary between reality and imagination

- The balance between heterogeneous elements

The main narrative line is that of Asia Argento's journey through places made famous by her father's cinema and which she must return through photographs and through her sensitivity as a daughter to and artist. Asia Argento's thoughts alternate with archive footage and unpublished interviews made for a series of celebrations of Dario Argento's cinema. This Chinese box construction requires a language in which truth and fiction, documentary and cinema, observation and construction mix together. The creative documentary meets the reconstruction: Asia Argento, for example, talks about a dream he had before making a film, and this dream is visualized in fiction mode. But then it comes out, without cuts, to return instead to the present situation, taken with a documentary observation method. Dario Argento's films, from Profondo Rosso to Phenomena, from 4 mosche di velluto grigio to Opera have often found themselves in balance between discordant atmospheres: the thriller undermined by brackets from screwball comedy, the most absolute horror that fades into the fairy tale. The most truculent special effect that coexists with the rarefaction of some visual solutions. This form is reinterpreted in the film by alternating various story modes:

- The observation of Asia Argento

- The fictionalization of some moments of the story of Asia Argento

- The canonical use of the repertoire, with extracts from Argento's films or his interviews, and the more articulated one, with silences and moments of pause during the making of his films, interviews outtakes, embarrassments in the face of discounted or poorly centered questions

- The different portraiture methods of the interviewees, to whom a specific staging is reserved according to what their relationship with the ARGENTO world is.

However, the reflection of the subject in the film-form does not in any way imply the reproposal, the aping of Argento's style: it is indeed from the man Argento, from the complexity of his cinema that the language of the film originates. Reworking, through the listed elements, a rich and varied form, internal to a genre but with anomalous nuances, just like Argento did with his own works.