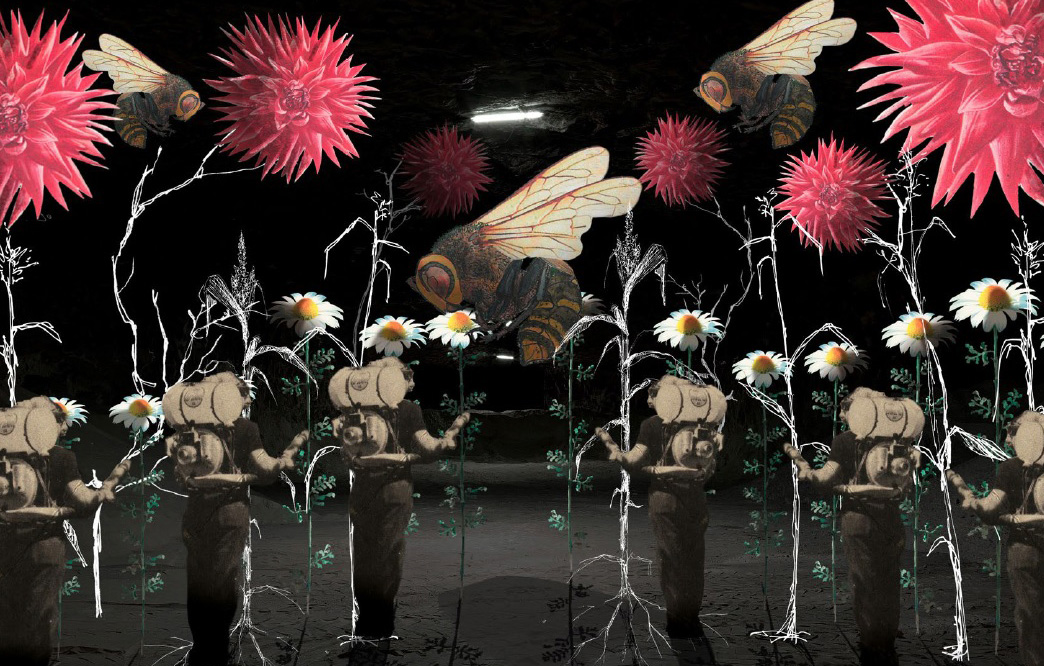 Regalpetra is a project that aims to offer an immersive and emotional experience within the paradoxes that govern the consumer society, outlining the limits of an anachronistic model and in contrast with the environmental and social emergencies of the present.

A documentary film hybridized with animation, a short film that has both a flat and a VR version, set in the salt quarries of Sicily, a hidden and anomalous example in the cycle of food production.

The subject of the animation revolves around a series of drawings and collages by Migliora, which investigates the imagination that developed in the twentieth century around the industrialization of agriculture and livestock on a global scale. The succession of views and three-dimensional settings will be assembled from images, symbols and graphic patterns taken from paper money from different countries.

Each scenario analysed is brought to its paradox and relative implosion, demonstrating the unsustainability of the vision that produced it.

This project arises from a research shared by the artist Marzia Migliora and the director, composer and photographer Giorgio Ferrero, who have been collaborating for several artworks in the last years. This new project starts from a consideration about the limits of the model of infinite growth, limits that manifesting dramatically on a global scale. Their research focuses on the issue of food: food production, during the last century, stopped to be oriented to local dietary needs and embraced an industrial perspective, where productivity is supposed to increase at any cost. In this sense food production and consumption become a metaphor of a system regularly producing imbalances and distortions, with tragic consequences. The decision of mixing the language of documentary with contemporary arts and with the technology of virtual reality creates an innovative and engaging way of representing issues of the utmost importance for today’s society.